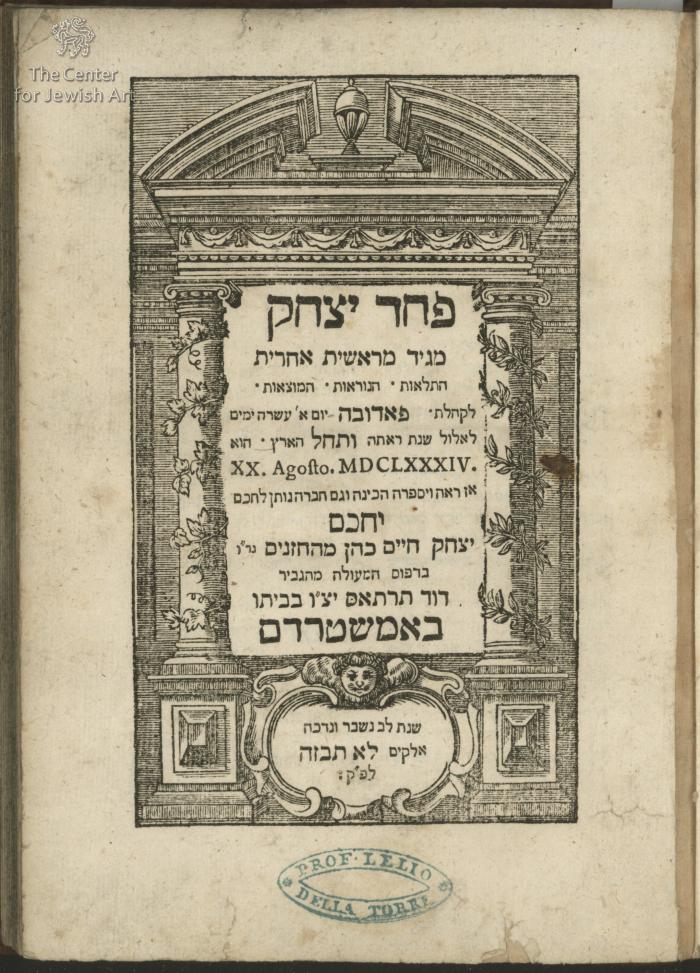 Isaac Cantarini’s eyewitness, detailed account of the events that occurred during an assault on the Jewish ghetto in Padua one year earlier. In that year, 1684, the Austrian Emperor engaged the Ottomon Turks in battle for the city of Buda. A rumor spread that the Jews were helping the Turks against the Christians and murdering Christian prisoners. A mob descended upon the Jewish quarter intent upon pillaging and assaulting the Jewish residents. Jews were confined to their ghetto for six days, until the local garrison repelled the mob. The thankful Jewish community instituted a Purim to commemorate their deliverance.
In addition to this account, Cantarini provides a description of the Jewish community, statistics, and speculates as to the reasons for these occurrences, among them political theories reflecting a modern perspective. He does not, despite the events, express hostility towards Christians. In response to a letter inquiring about his book, Cantarini answered “there is not a word in it that has been even slightly exaggerated or is not exactly so; I have seen all these things with my own eyes and I told the truth as it happened…”
Architectural title page first employed in a Hebrew book by Menasseh ben Israel some 55 years prior, and in use in various locations for more than 150 years.
Full-page copperplate engraving showing the Akedah, based on an engraving by Matthaeus Merian.
The volume was published by David de Castro Tartas, a Portuguese-Jewish printer in Amsterdam. David was one of three sons of Portuguese "New Christians" who had escaped from Bragança, and settled, under the Catholic names Cristóvão Luís and Isabel da Paz in the French town of Tartas. In 1640 they moved to Amsterdam to live freely as Jews, retaining the surname "Tartas." David's older brother Isaac de Castro Tartas (ca. 1623-1647) stayed only 1 year in Amsterdam, emigrated to Brazil, and later was martyred in Lisbon.
David de Castro Tartas started as a typesetter in the printing house of Menasseh Ben Israel, where his name is mentioned in 1647. He later appears in 1662 as owner of his own press and in 1678 as a member of the Amsterdam Printers' Guild. His press competed with that of Uri Phoebus Halevi and the press of Joseph Athias. 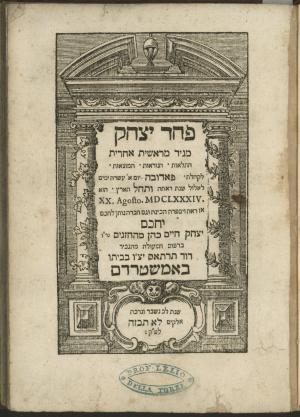 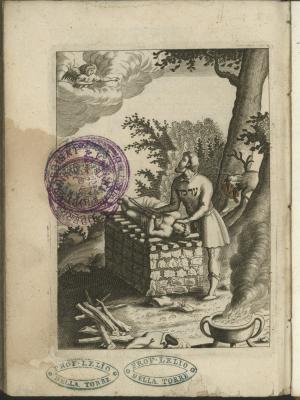 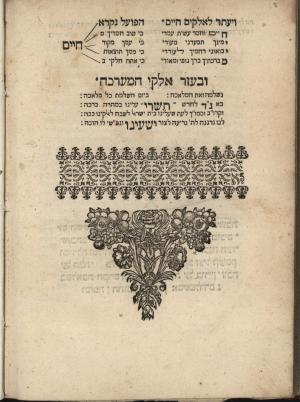