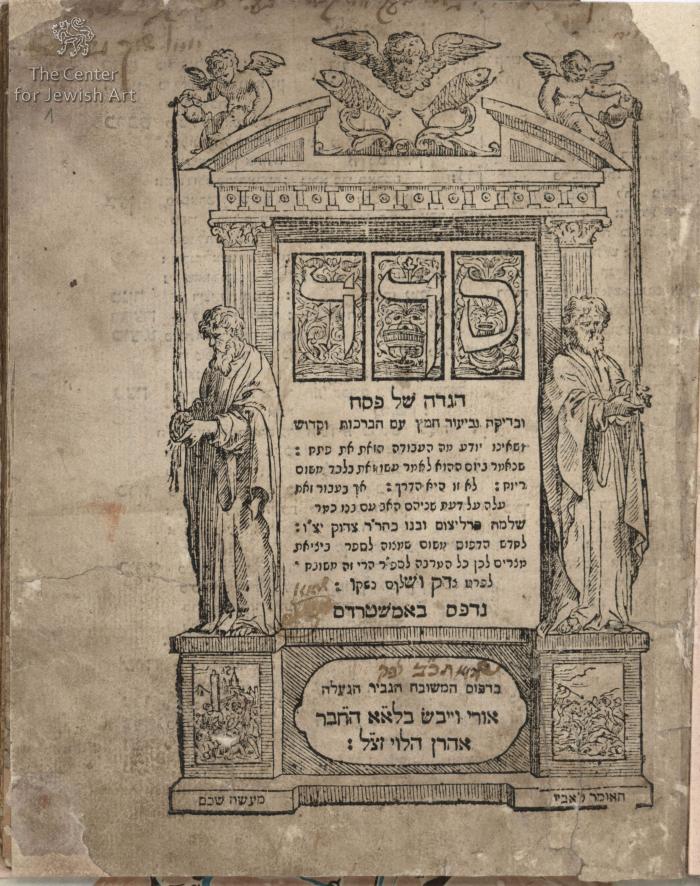 The text used for the Passover Seder is the Haggadah (plural Haggadot) or compilation of biblical passages, prayers, and hymns. The book tells the story of the Exodus from Egypt and explains the symbols and practices of the holiday. The Passover Haggadah was first compiled over two thousand years ago; and while the story has remained stable, narrative and illustrative styles have changed over time, and commentaries and songs have been added. Since traditionally each Jewish household held a Seder and owned a Haggadah, it became one of the most familiar books in the Jewish home.
This illustrated Haggadah was influenced by the Haggadot printed in Mantua and Venice. It includes the commentary Nimukei Yosef by R. Joseph Shalit ben Jacob Ashkenazi of Padua.
The woodcut illustrations are copies of those in the preceding Venice Haggadot, except that the layout and typography varies. Furthermore, a number of the illustrations are in reverse form, the illustrations having been "flipped" when transferred to the woodblocks from which they were copied. For example, the cup of wine held for Kiddush and Havdalah are in the holder’s right hand in the Venice original and in the left hand in this Haggadah.
Cecil Roth is unduly critical of this edition, writing that it “coarsely and poorly [imitates] the earlier Venice edition of Mantuan inspiration…the cuts being somewhat modernized, reversed in direction, and tastelessly distributed. This edition has deservedly almost been forgotten”.
During the second half of the seventeenth century when this Haggadah was printed, Amsterdam, which had both a Sefardi and Ashkenazi community, was a center of Hebrew printing, boasting several printshops. Uri Fayvesh (Phoebus) b. Aaron Witmund ha-Levi opened his own print-shop in Amsterdam in 1658, having worked previously for Immanuel Benveniste. He would print about 100 titles during the years he was active in Amsterdam (1658-1689). Towards the end of this period Phoebus became embroiled in a now-famous controversy with the Athias press over the printing of a Yiddish edition of the Bible. The dispute brought both printers to financial ruin.
In 1689 Phoebus relocated to Poland, hoping to benefit from the smaller number of competitors and the closer proximity to the Jewish communities that comprised a major market for the Amsterdam Hebrew presses. He established a press in Zolkiew in 1691. His descendants continued to operate Hebrew printing-presses in Poland into the twentieth century. 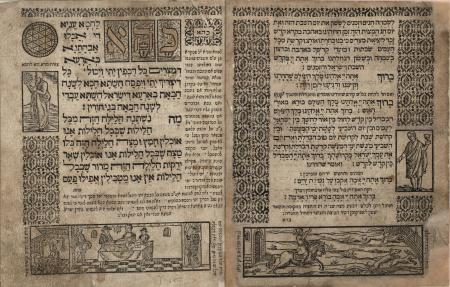 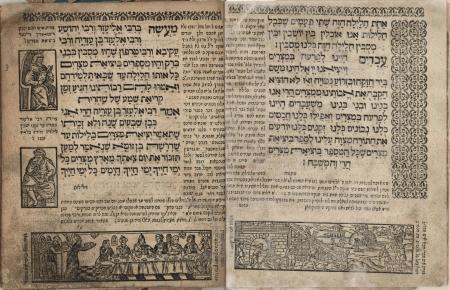 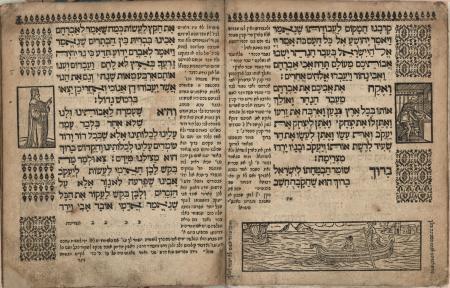 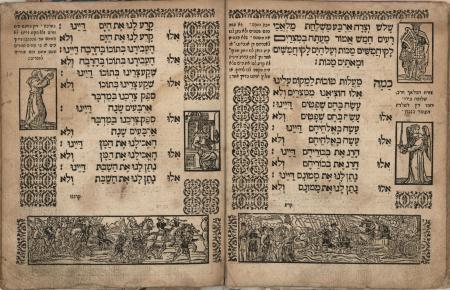