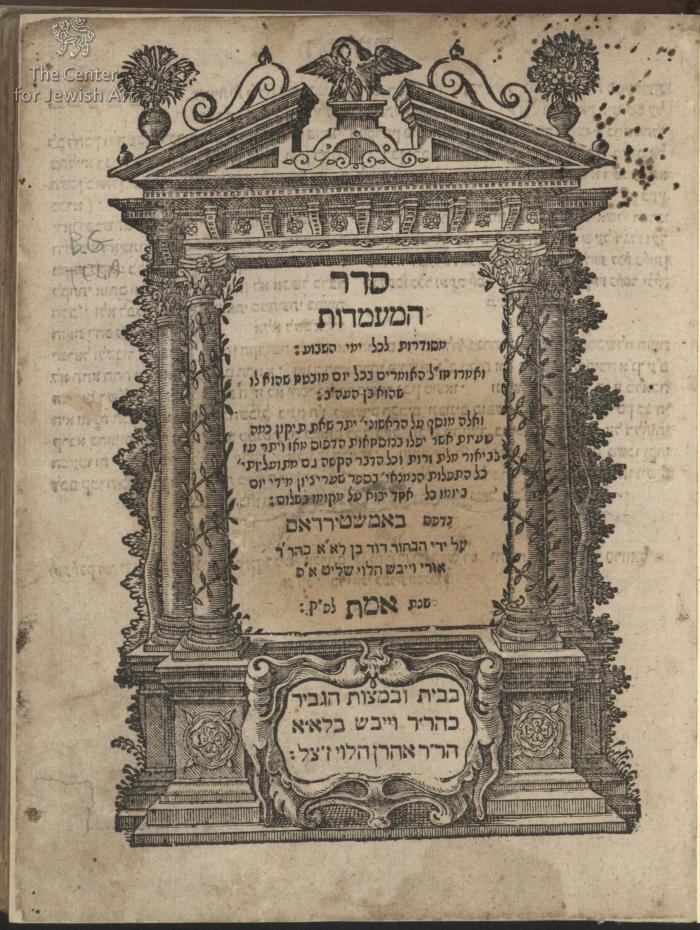 Seder Ma'amadot (biblical, mishnaic and talmudic selections to be recited after Shacharit), arranged according to days of the week.
Printer's emblem in lower border, showing a laver pouring water (center) and two pairs of fish on either side.
Uri Fayvesh (Phoebus) b. Aaron Witmund ha-Levi opened his own print-shop in Amsterdam in 1658, having worked previously for Immanuel Benveniste. He would print about 100 titles during the years he was active in Amsterdam (1658-1689). Towards the end of this period Phoebus became embroiled in a now-famous controversy with the Athias press over the printing of a Yiddish edition of the Bible. The dispute brought both printers to financial ruin.
In 1689 Phoebus relocated to Poland, hoping to benefit from the smaller number of competitors and the closer proximity to the Jewish communities that comprised a major market for the Amsterdam Hebrew presses. He established a press in Zolkiew in 1691. His descendants continued to operate Hebrew printing-presses in Poland into the twentieth century. 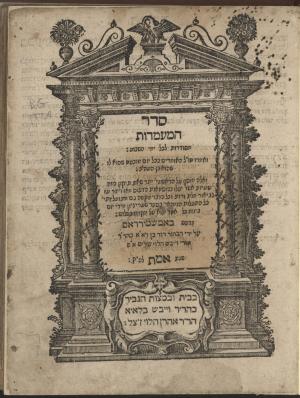 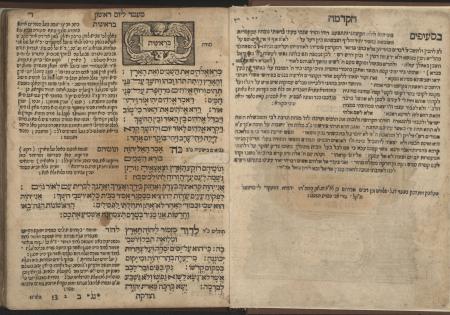 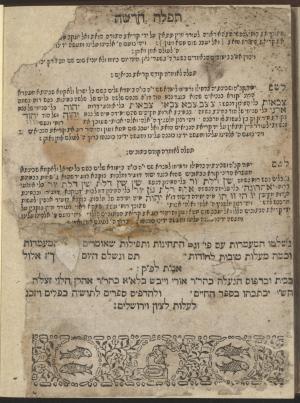 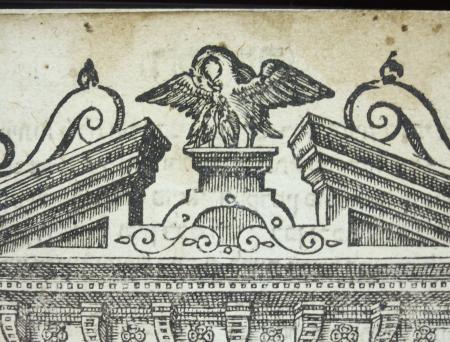