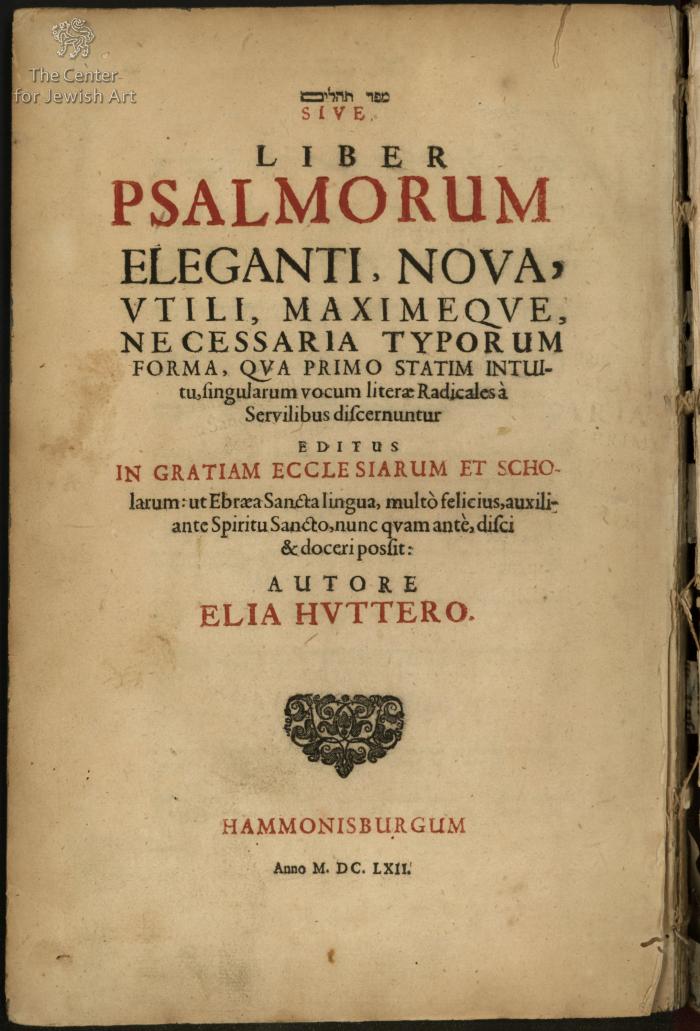 This elegantly-printed book of Psalms was produced by a Christian printer, Elias Hutter, and intended for the audience of Christian Hebraists, an expanding group of scholars dating from the Renaissance and continuing into the 17th century. Hutter developed the idea of printing the root letters of every Hebrew word in a thick, heavily inked font. In contrast, he printed the non-root letters in a hollowed-out outline form. Thus, he introduced a major educational tool where a simple glance at the printed text enabled the reader to recognize the root letters of any Hebrew word. This hollow-letter typeface lends an exceptional elegance to the printed page, and was used in a number of books printed by Hutter and his heirs.
Elias Hutter (c.1553-1609) was himself a German Hebraist. A pious Christian, he studied Oriental languages at the University of Jena and was appointed Professor of Hebrew at the University of Leipzig. His fame rests not so much on his scholarly research as on his career as an editor and publisher. He published a series of polyglot editions of the Bible, as well as editions of the Hebrew Bible alone. He is perhaps most famous for his Hamburg, 1587 edition of the Hebrew Bible. This book is in the Gross Family Collection as B.1084.
254pp.
Bound with the Book of Daniel. 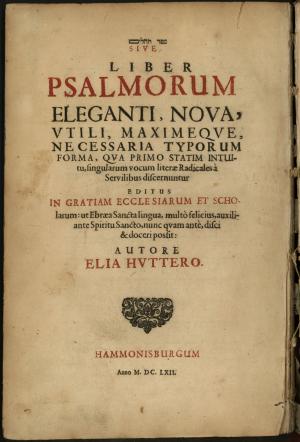 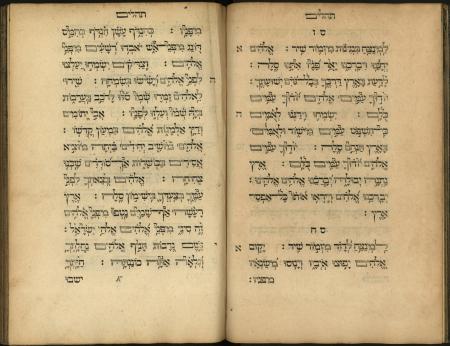