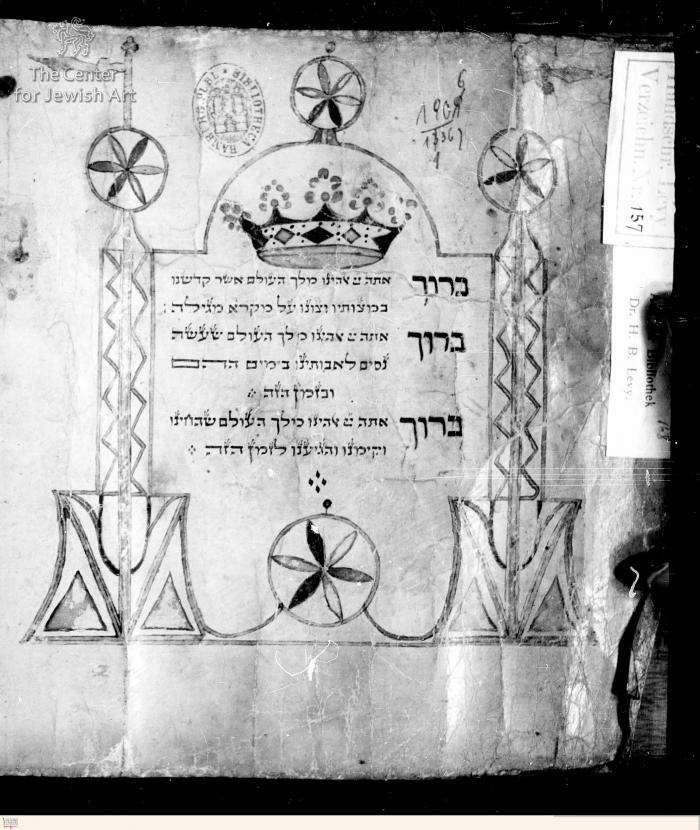 The scroll opens with a benediction panel comprising all three benedictions recited before the Megillah reading. The structure resembles an arch or a portal supported on two quasi columns surmounted with a rosette. Another rosette is placed at the top of the arch, whereas the lunette is filled with a crown; just below it, the first benediction is inscribed.

The text columns are copied within rectangular panels that in their upper and lower parts are adorned with foliate and floral ornaments. The spaces between the panels are decorated with rectangles filled with an ornament and a rosette above and below it.

At the end of the manuscript, another structure resembling an arch or a portal is painted; it frames the final benediction and the liturgical poem אשר הניא Asher Heni. 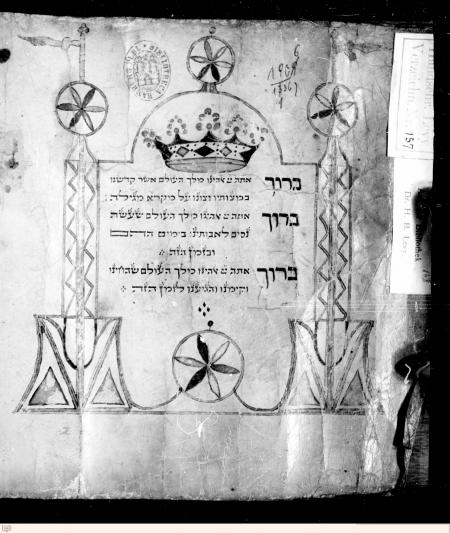 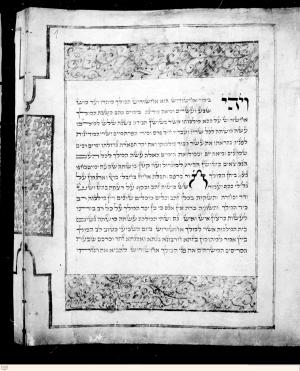 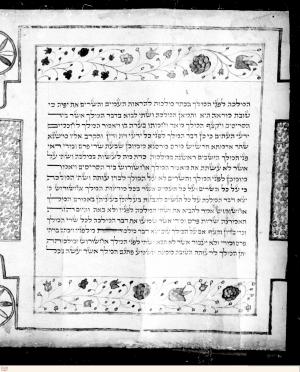 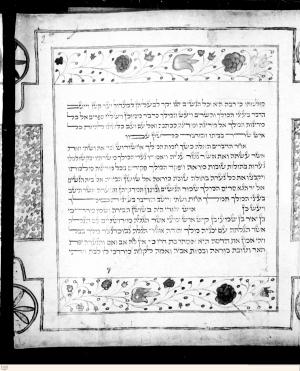 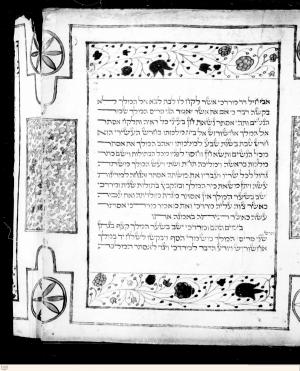 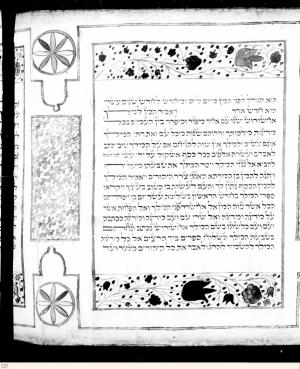 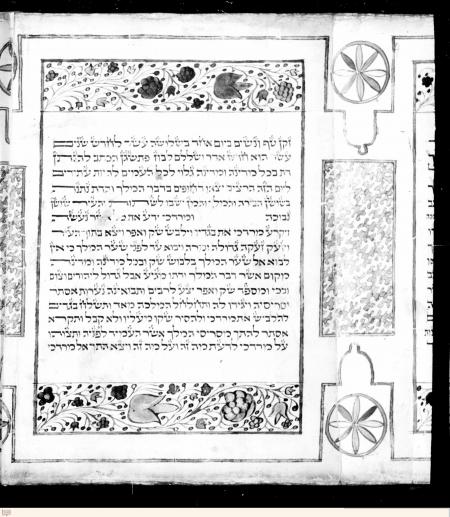 The scroll: on the basis of the description by Falk Wiesemann (see "Bibliography") the scroll is formed of 9 sheets containing 25 columns of the text, however, the images show rather 13 sheets (one of them is dedicated solely to the additional text) with 25 columns of the text: 23 columns with the Megillah and 2 columns with additional texts. The text column includes 15 lines, except for col. 19 with 11 lines divided into two parts.

The text is inscribed in the Hebrew square Ashkenazi script with tagim, in black ink, on parchment sheets.

The ornamentation of sheets nos. 1-7 are similar to each other and their workmanship is better than on the last two sheets.

The opening word in the scroll is highlighted by its size.

Benedictions: every blessing starts with an enlarged word ברוך that is written separately from the rest of the formulas. The initial word of the benediction recited after the reading is large and colored by hand. Shoshanat Yaakov section is copied in smaller letters than the text in this column.

The stickers with the name of the collection and the manuscript's number on the right edge of the first membrane are placed. There is also a calculation of the date (?) on it.