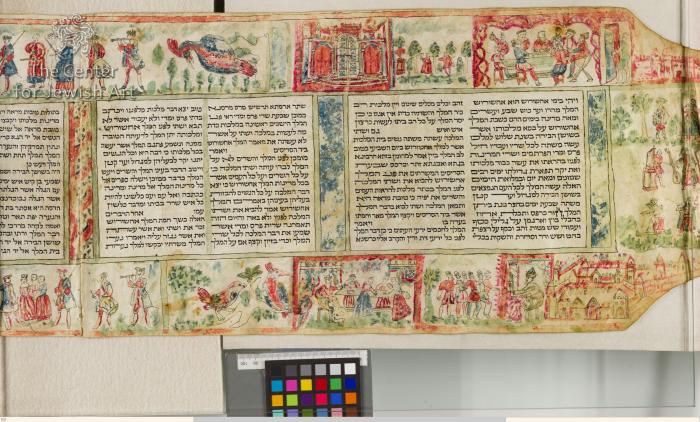 The lavishly decorated scroll in which the Hebrew text of the Book of Esther is inscribed within double text panels. The right edge of the first membrane of the manuscript is trimmed into a decorative shape which is partly preserved. It is filled with a depiction of a garden in which musicians who are playing different instruments such as pipes, flutes, French horns, bassoons, and trumpets. Upper and lower margins adorn the scenes from the Purim story shown in the Italian realities such as architecture, costumes, and equipment. At the same time, many figures - including Mordecai - are depicted in Chinese clothing; this reflects a fascination with the Orient so popular in Europe of the 17th and 18th centuries. Besides the scenes directly related to the biblical narrative, depicted are also scenes showing Purim celebrations and likely local Purim customs and games. The decoration is supplemented with some fantastic and disproportionately large birds, flowers, and plants. Some scenes evoke associations with theatre and Purim plays. The text panels are separated by panels decorated with different patterns. 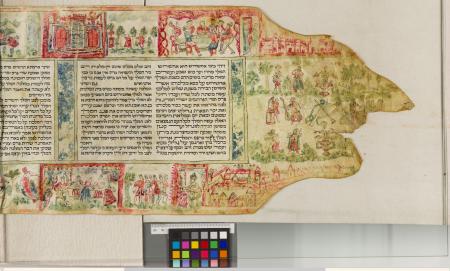 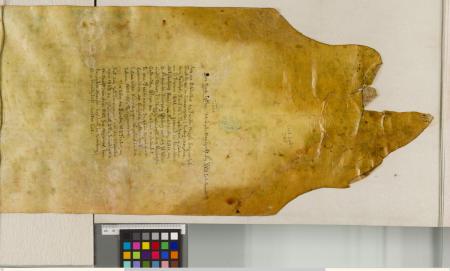 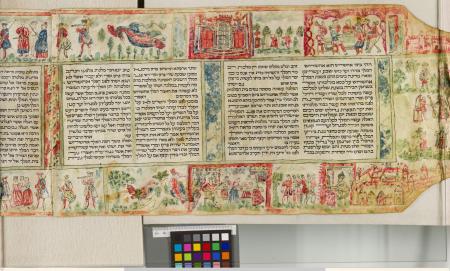 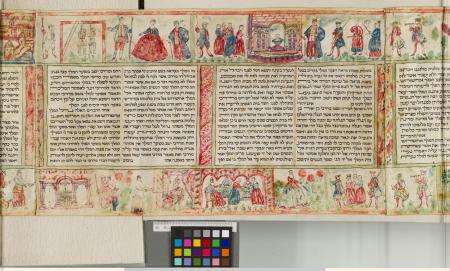 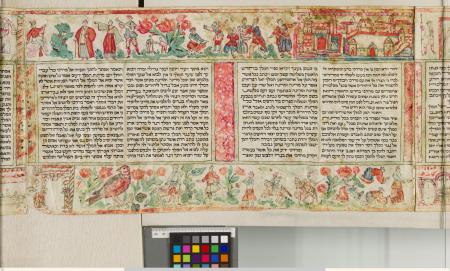 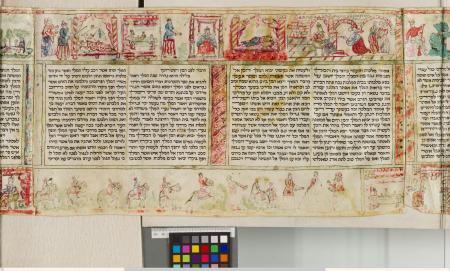 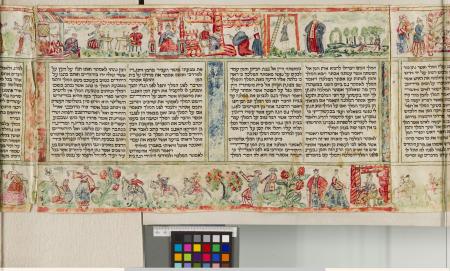 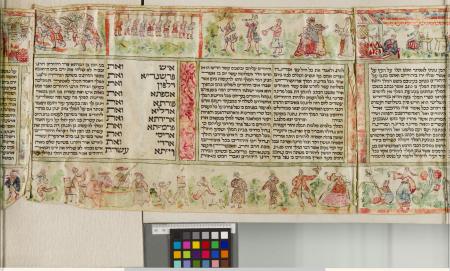 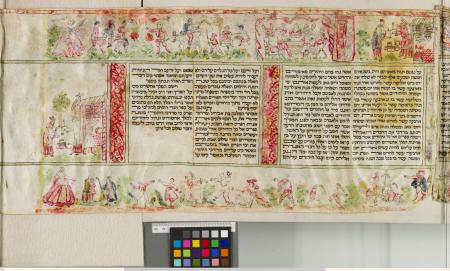