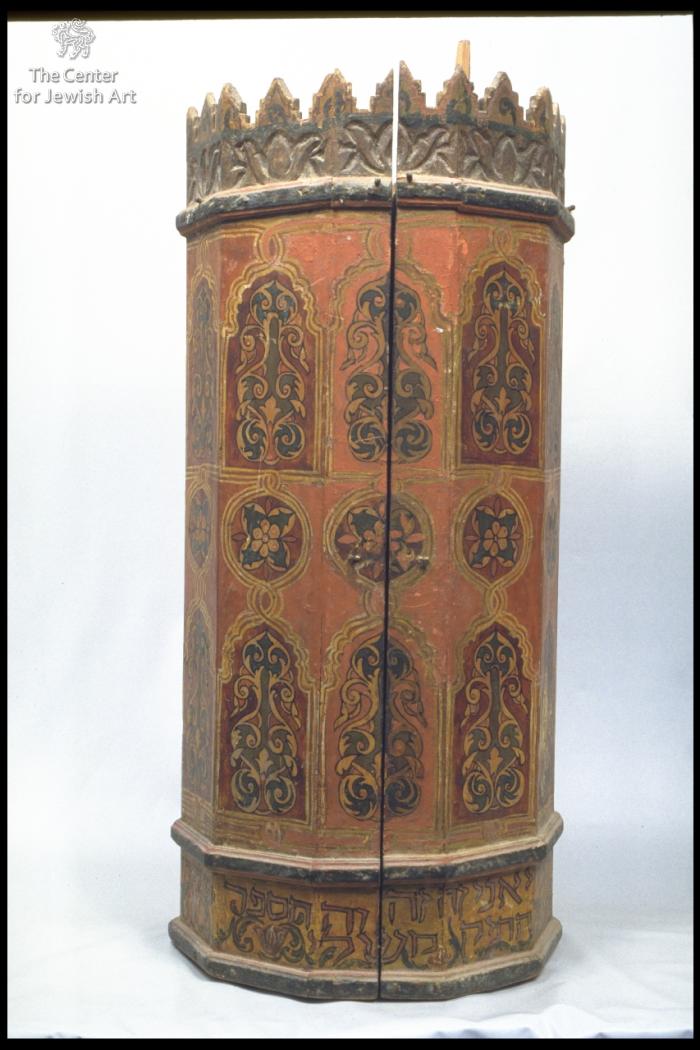 The case opens in the centre on the front facet, forming two halves joined in the back by a steady facet (fig. 1).

The body comprises ten facets and is encircled, at its upper edge by a wooden stepped strip, while its lower edge is surrounded by a pair of similar strips, enclosing a dedication. The upper and lower strips create two friezes.

The dedication is inscribed in square uneven Hebrew letters, read clockwise, beginning with the left front side:

"This is the (Torah) scroll, (made by or used by) the wise man, our honourable teacher, Rabbi Isaac (Itzhak) Hadad, May his soul be bound in the bond (of life), amen. And I bought this case from my own (money)" (see: History/Provenance).

Each facet is decorated with a vertical pattern composed of two multifoil arches, set on the top and the bottom, interlaced with a central medallion. The arches and medallion create three circumferential bands. The medallion encloses a large open flower whereas the arches enfold twin intertwined scrolled branches, forming a pear shape topped by an onion-shaped crest and surmounting a lily. The patterns are painted in red, green, yellow and blue against an orange background.

The crenellated coronet is composed of ten units, which continue the body's facets (figs. 1, 2). Each unit encloses a carved geometrical lotus, surmounted by stepped crenellations, framed with a red contour and decorated with a scrolled branch.

The inner face of the Torah case is plain wood painted red (fig. 1). Each half has a double shelf at its bottom. 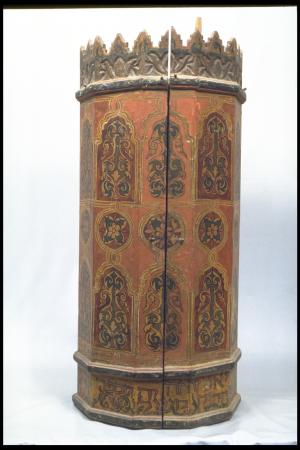 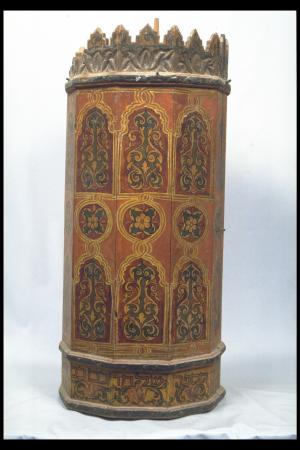 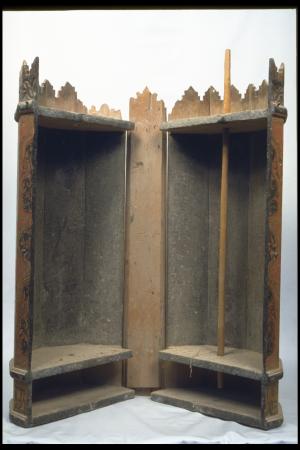 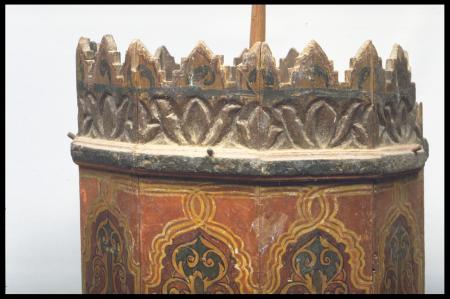 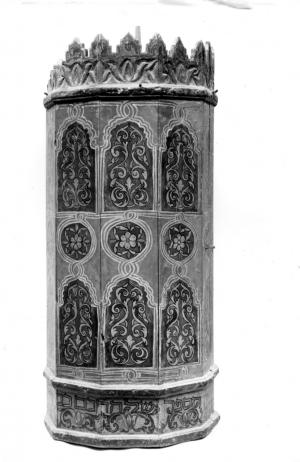 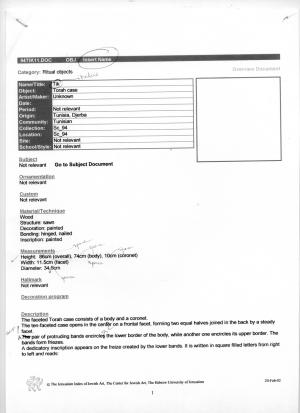 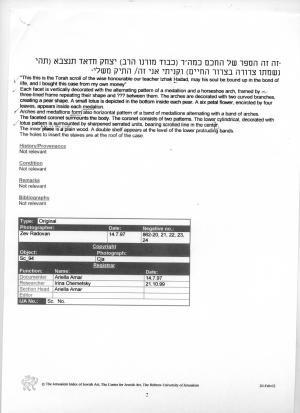 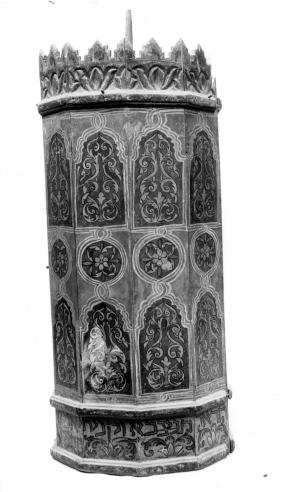 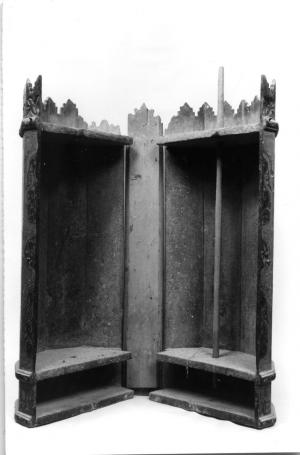 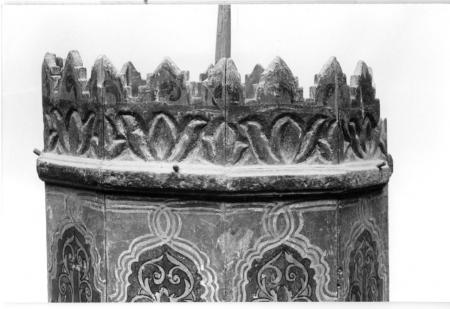 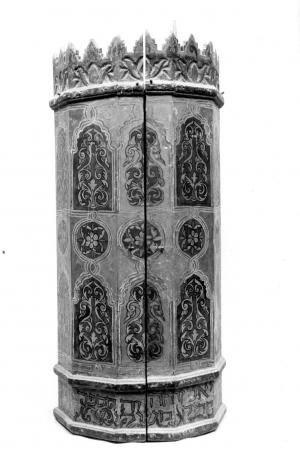 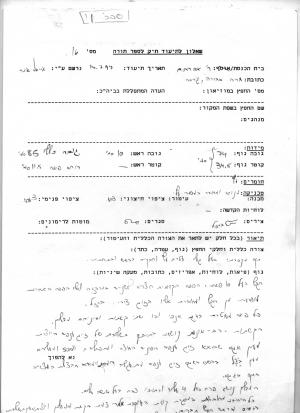 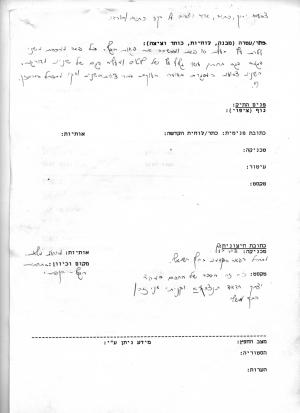