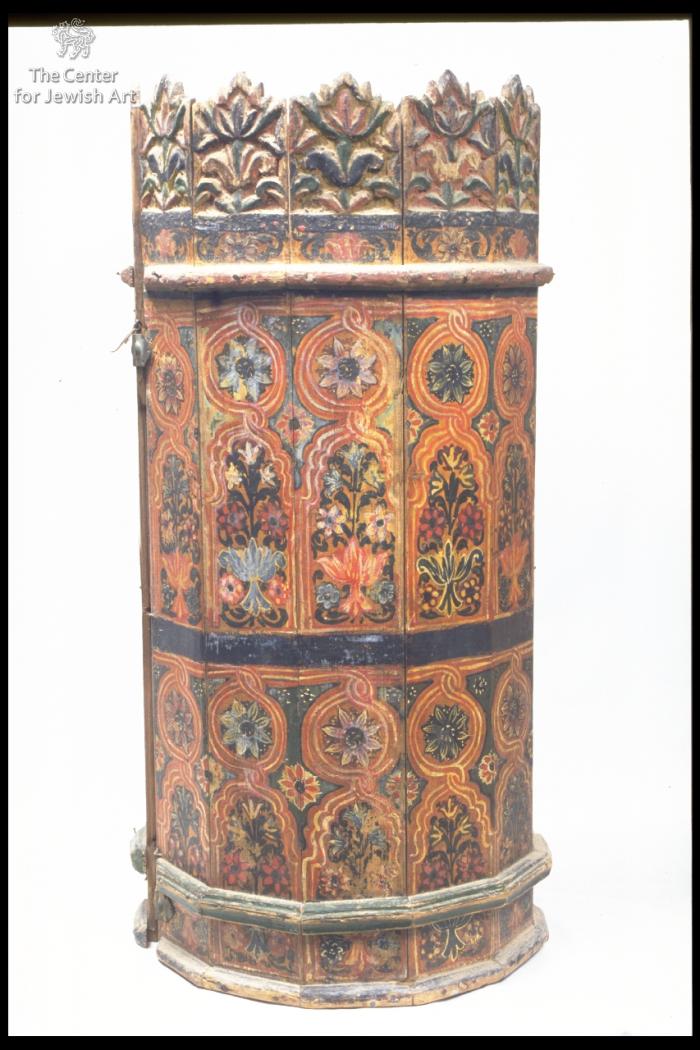 The case opens in the centre on the front facet, forming two halves joined in the back by a steady facet (fig. 1).

The body comprises twelve facets and is encircled, at its upper edge by a wooden stepped strip, whereas its lower edge is surrounded by a pair of similar strips, creating two friezes.

Each facet is decorated with a vertical double pattern composed of a multifoil arch topped by an interlaced medallion. The arches and medallions create four circumferential bands. The medallions enclose a large open flower whereas the arches enfold a lily like vase, holding a symmetrical stem with three flowers on either side, alluding to the Ottoman Four Flower motif.  The patterns are painted in red, green, yellow and black against an orange background.

A dedication is inscribed in square Hebrew letters on a piece of parchment, attached to its front facet. The first line is illegible, while the rest of the dedication reads:

The stepped coronet is composed of twelve units, which continue the body's facets (figs. 1, 2). Each unit encloses a painted base, surmounted by a central foliate stem, which carries a carved lily topped by a lotus. The upper edges of the lotus create stepped triangles. The carvings are painted in red and green. A black circumferential strip delineates the base from the upper part.

The inner face of the Torah case is plain wood painted in red. Each half has a double shelf at its bottom. 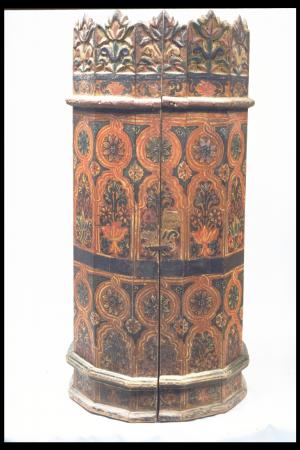 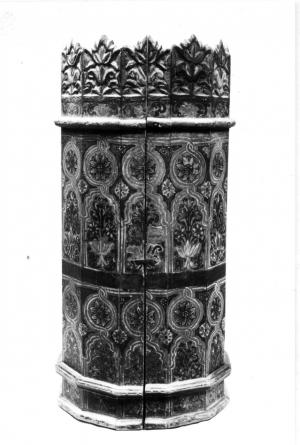 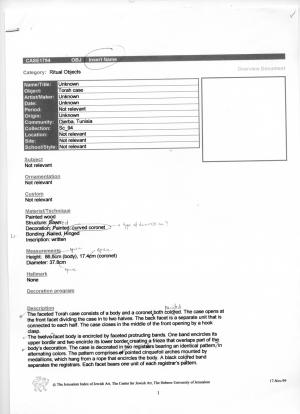 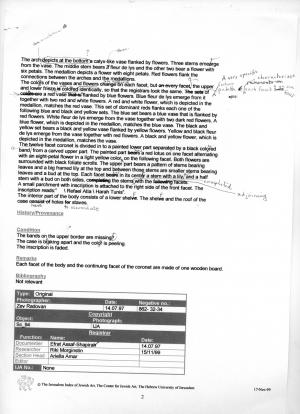 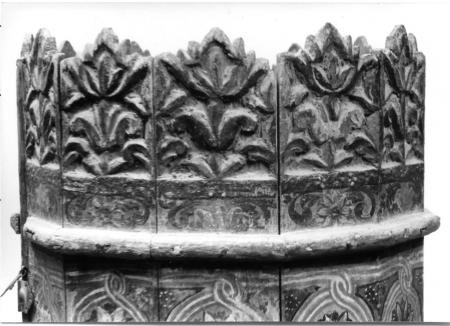 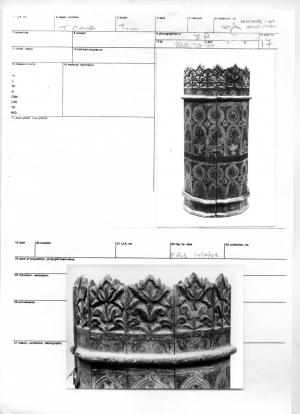 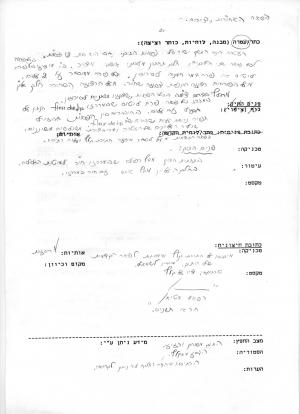