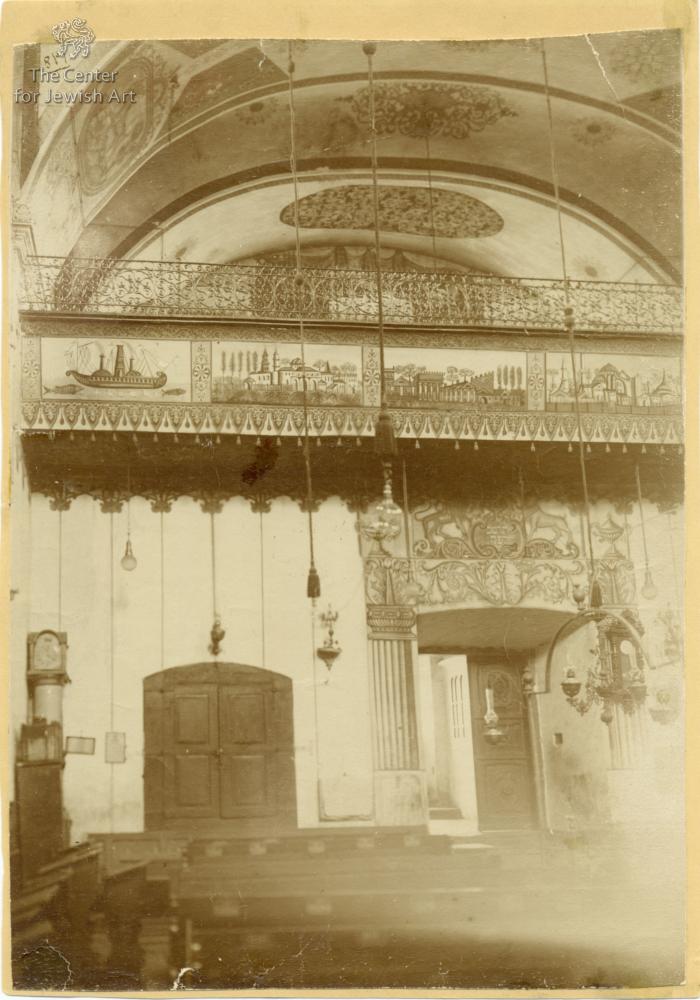 The photograph shows the western wall of the prayer hall. The entrance to the hall is flanked by two painted columns, each surmounted by a vase. Above the entrance door, two lions hold a medallion with the date, תרמ"ב לפ"ק (=1882).

The partition of the women’s section is decorated with four large frames with painted scenes (the fifth on the right is not visible in the photograph). The leftmost frame contains a steamship with two fish and six ducks/swans. The next frame presents a domed building with several towers and five cypresses behind it. Probably this scene alludes to one of the holy tombs in the Land of Israel. The third frame from the left shows several columned buildings, a tower and four cypresses. It may allude to Jerusalem of the Jerusalem Temple. The forth frame contains a depiction of a building, which looks very similar to an Ottoman-style mosque with two minarets. Probably it represents one of the city in the Land of Israel.

A window in the center of the women’s section is decorated with a painted curtain.

In the center of the vails, there are decorative depiction of floral and foliate motives. In the lower part of the vault, there is a painted frame with a deer. The deer may be part of the four Mishnaic animals, but also could be one of the Zodiac Signs. 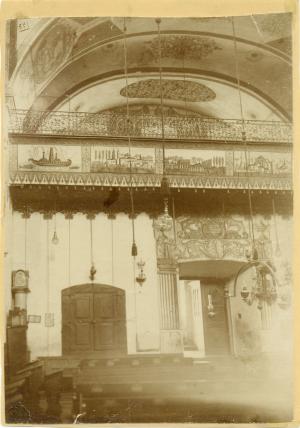