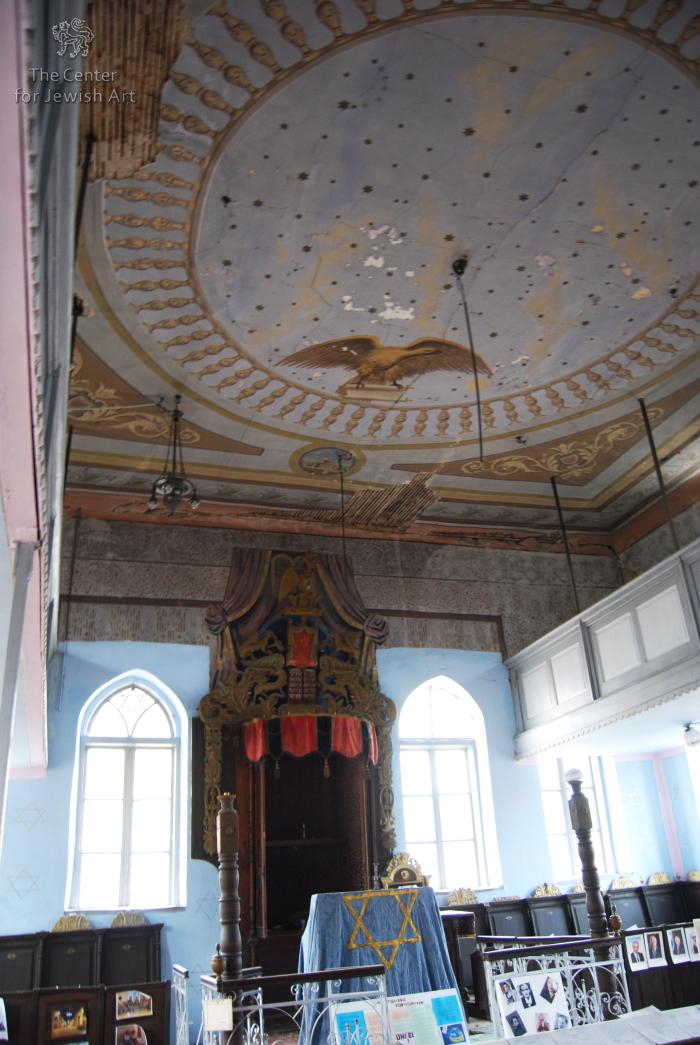 The main prayer hall of the Synagogue in Râmnicu Sărat contains an ornate Torah ark and decorative plafond. The prayer hall is compassed on three sides by an upper tier (balcony) comprising the women's gallery. The vestibule (small prayer hall) serves as the entryway into the main prayer hall.

The Torah ark was constructed, probably in the late 19th century, in the shape of a large closet. It has been partially preserved (some damage is evident). The Torah ark includes decorative images made of carved and gilded wood. It stands against a painted background (mural) depicting a purple curtain. The upper tier of the Torah ark extends nearly to the ceiling. It is topped by a double-headed eagle wearing a crown.

The painted plafond on the flat ceiling of the main prayer hall dates from the early 1920s and has been preserved almost completely. A large central oval dominates the plafond composition. It depicts a sky dotted with golden stars and encircled by a balustrade. A large eagle holding an open Torah scroll in its claws is depicted at the eastern end of the central oval. Four scenes of holy places in the Land of Israel appear at the four sides of the plafond, each framed within a round medallion. 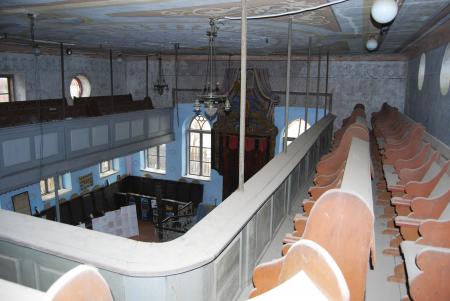 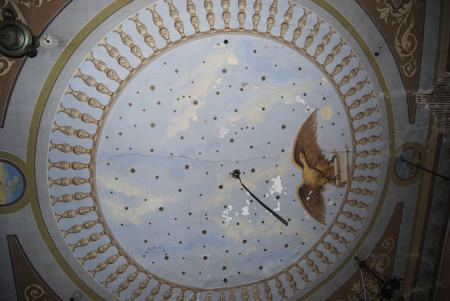 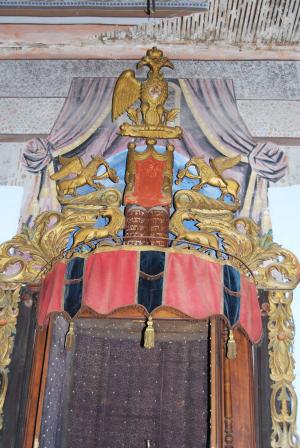 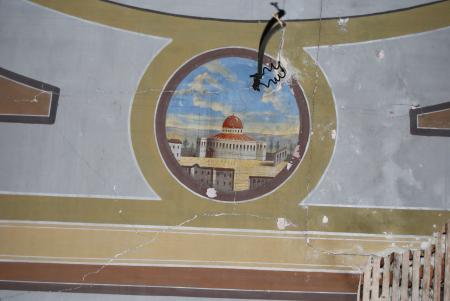 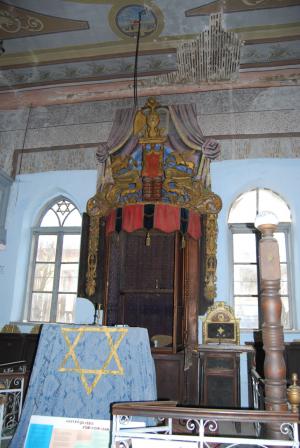 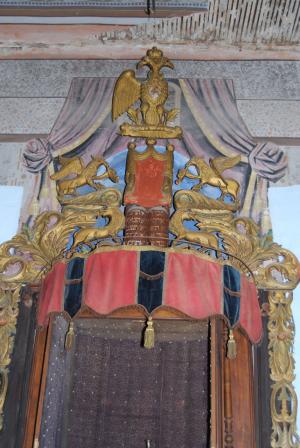 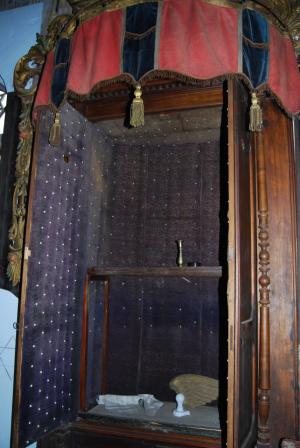 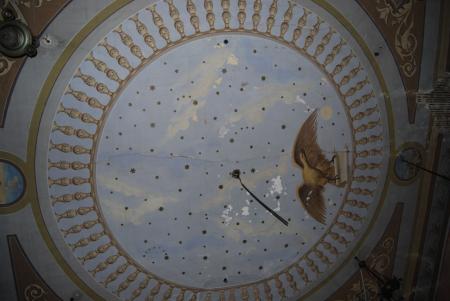 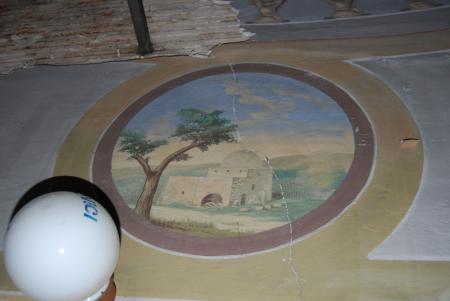