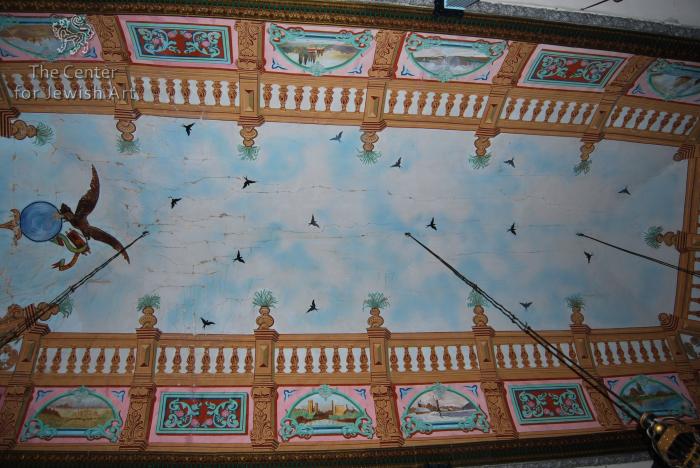 The barrel vault of the main prayer hall features a large painted plafond. The central space of this plafond depicts a blue sky, flying swallows, and an eagle holding a Torah scroll in its beak while resting atop a blue sphere. The eagle is situated in the eastern part of the vault above the Torah ark. The large border of the plafond (around the perimeter of the central sky space) depicts a decorative half-wall and balustrade, the piers of which are surmounted by vases. The panels represented as forming part of the wall underneath the balustrade depict Christian and Muslim cities and natural landscapes. 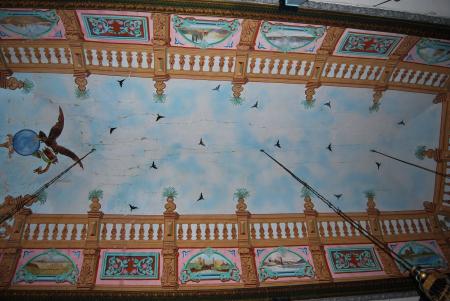 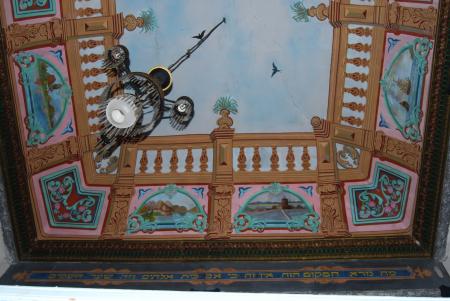 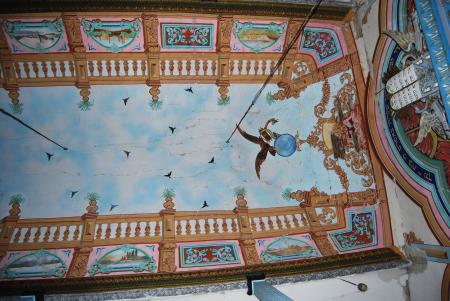 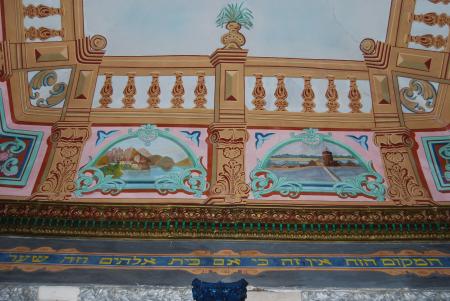 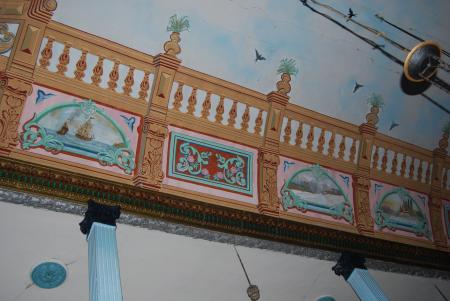 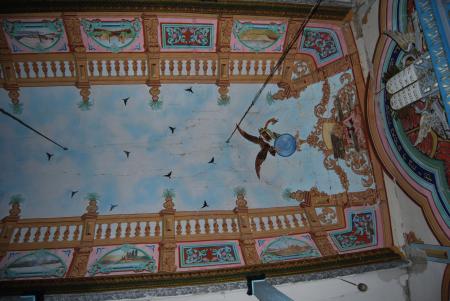 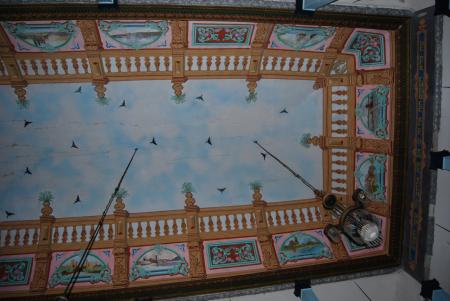 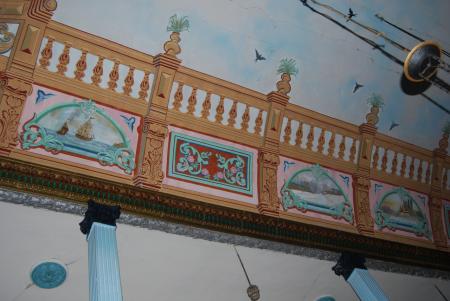