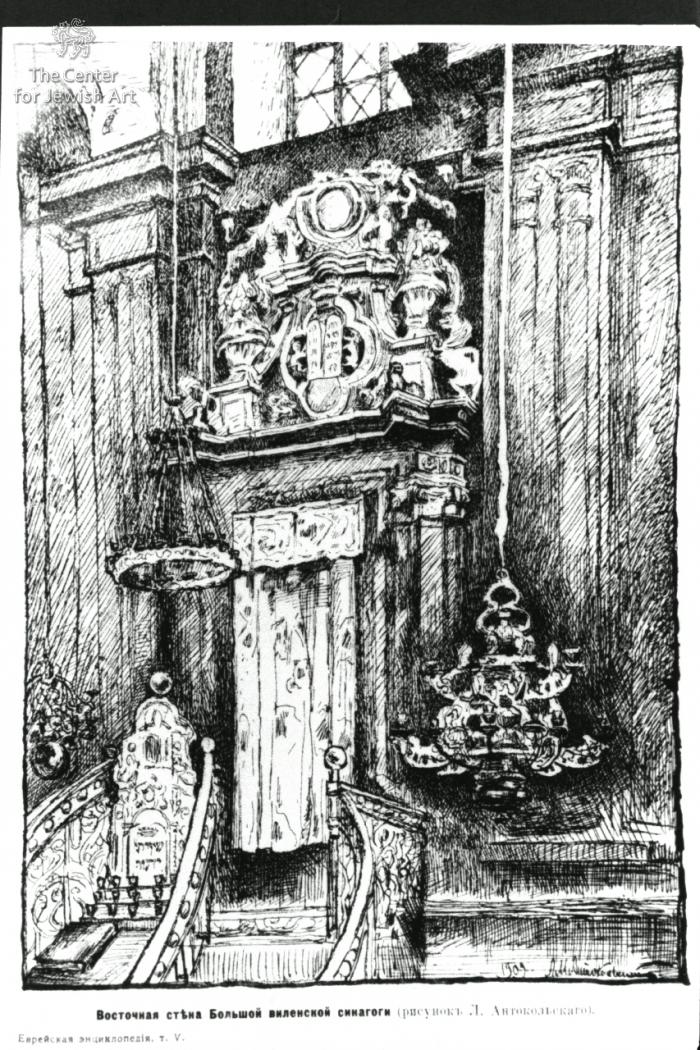 Drawings (1934) of the Great Synagogue in Vilnius, Lithuania 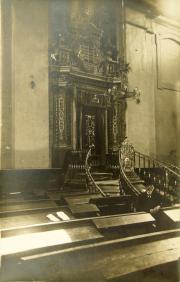 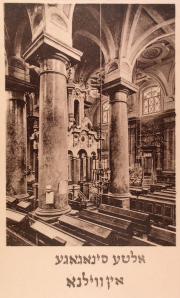 The Great Synagogue was plundered and damaged in 1941, and it also suffered during the battle for the city in 1944. Nevertheless, in 1945 it was still standing, although roofless. In 1946 the short living Jewish Museum of Vilnius tried to list the synagogue as a historic monument and thus to preserve it, but without success. In 1947 the synagogue was blasted and its ruins were pulled down in 1955–1957.

Only three objects from the synagogue are preserved:

the shield with the Tablets of the Law from the Torah ark: 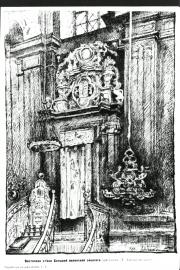 the doors of the Torah Ark (see under Torah ark), 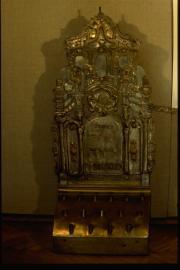 Amud from the Great Synagogue in Vilnius, Lithuania
Summary and Remarks 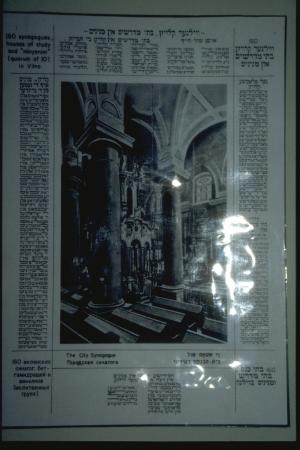