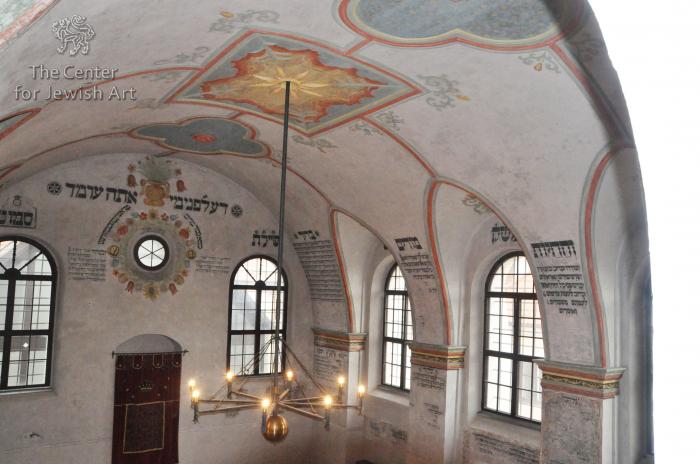 The prayer hall of the synagogue (8.2 m x 11.4 m) is covered by the semicircular barrel-shaped vaults. Semicircular windows are placed on the northern and eastern walls of the building. The round window on the eastern facade marks location of the Torah ark. The mural on the vault of the main prayer hall made as a system of painted quatrefoil frames combined with a floral decor. The text panels on the southern, northern, and western walls are decorated by architectural framework. The decoration of the northern and southern walls is coordinated with the architectural articulation of the walls. All the pilasters between the windows are decorated by inscriptions framed by floral renaissance ornaments. All the pendentives of the vault without a frame have inscriptions. Abbreviated symbolic phrases are written on all of the windows. The windows of the southern wall also have inscriptions written under them. The date of the first stage of murals (1650) is posted in an inscription located on the corner between the eastern and southern walls.

A wreath of flowers and a vase of flowers adorn the round window on the eastern side. There are inscriptions written on the both sides of the window. The date of painting (1707) is inscribed in the window opening. The western wall is adorned with holy implements.

Another date (1707) is inscribed in the fragmented inscription above the western entrance. The decoration on the western wall was destroyed during the construction of the two side entrances. One of the branches of the temple menorah with text from Psalm 37 and Psalm 67 has been preserved over the left entrance. Images of two heraldic lions and a crown on the central entrance to the prayer hall is preserved. 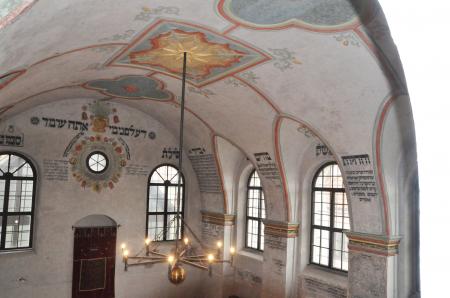 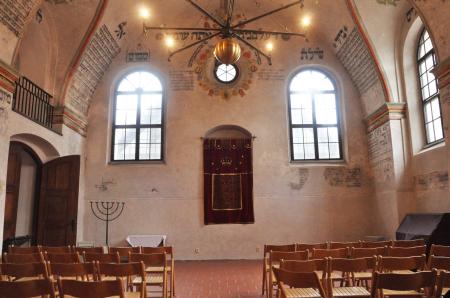 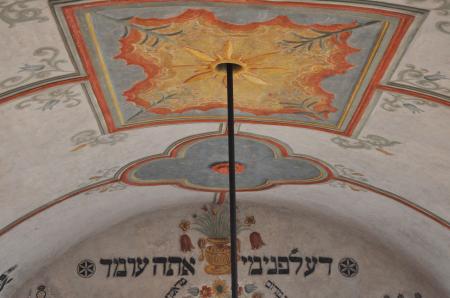 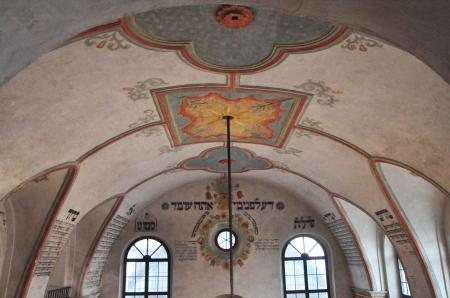 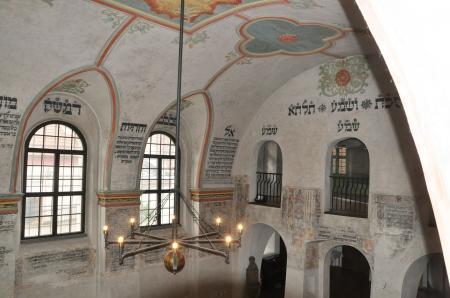