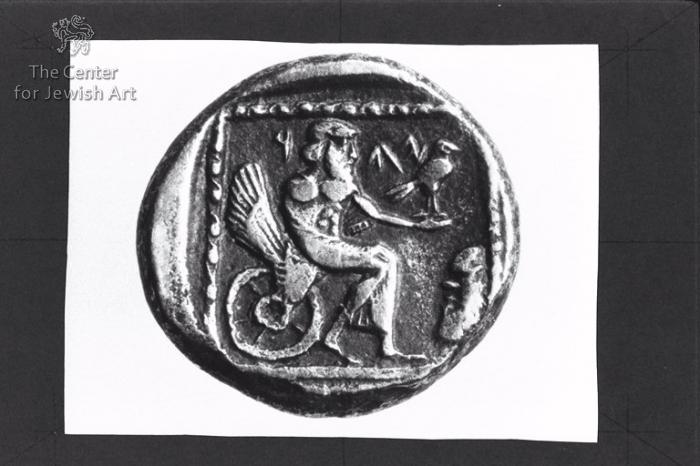 © Center for Jewish Art, Photographer: British Museum,
REVERSE: Bearded deity facing right seated on a winged wheel. He holds a large bird (falcon?, hawk?) on his outstretched left hand. He wears a long garment which covers his right arm and his legs, leaving his chest bare. In the lower right corner, a head or mask (Peniel?) faces left toward the seated deity. On either side of the deity's head, an inscription in lapidary Aramaic reads: יהד, "YHD". The figures are set within an incised square with a cable patterned border. OBVERSE: Bearded head with helmet (coin no.1035 -same coin). 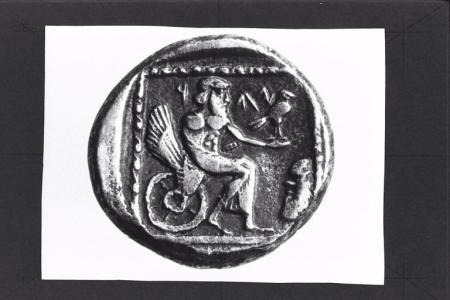