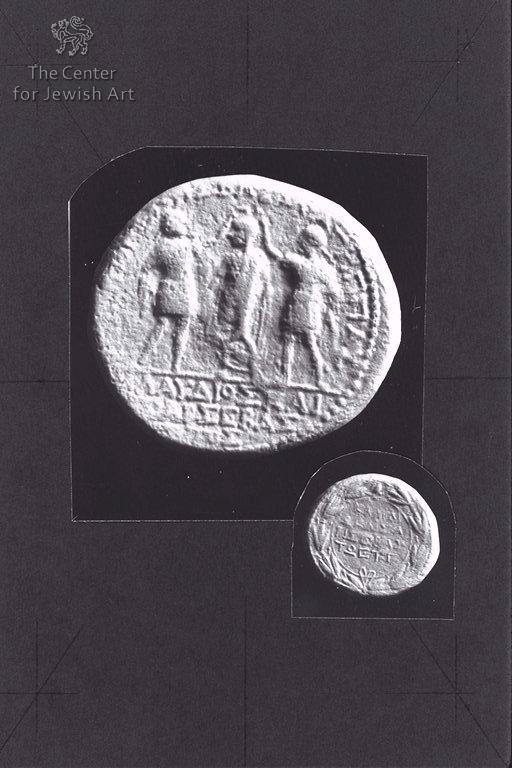 © Center for Jewish Art, Photographer: Unknown,
OBVERSE: A coronation scene representing king Agrippa I standing on the left and king Herod of Chalcis on the right, crowning with wreaths the emperor who stands in the center. The emperor is togate and veiled, faces left, and holds a patera in his right hand. Both kings are dressed in military clothes and stand facing the emperor, their raised inner hands holding wreaths. A Greek circumscription reads: BAΣΙΛ ΗΡΩΔΗΣ ΒΑΣΙΛ ΑΓΡΙΠΠΑΣ. In exerge is another Greek inscription: ΚΛΑΥΔΙΟΣ ΚΑΙΣΑΡ ΣΕΒΑΣΤΟΣ. Border of dots. REVERSE: inscription within wreath.
Summary and Remarks 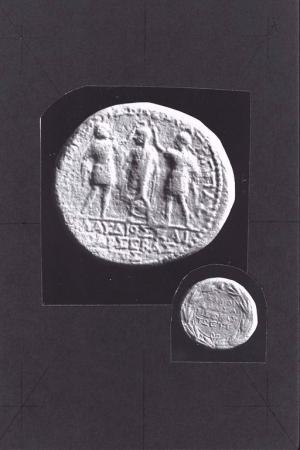