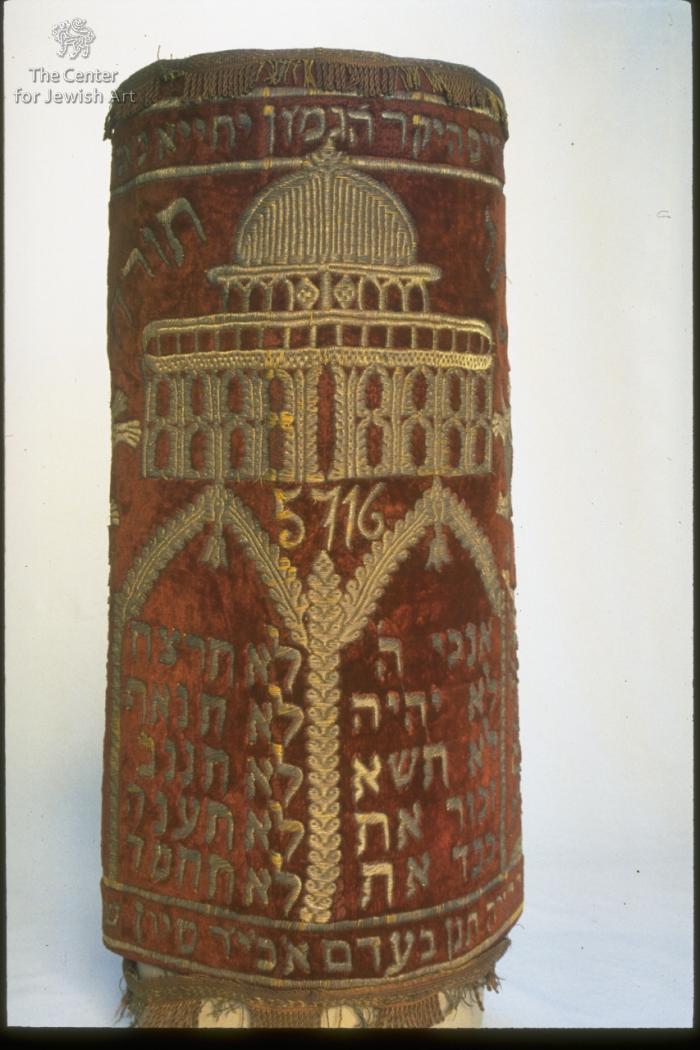 The cylindrical dark red Torah mantle is composed of a cloak and a top.
The rectangular cloth of the cloak is attached to the round top leaving the back side open.
Along the top and the bottom borders of the cloak is a dedicatory inscription embroidered with a square filled letters
which read:
“Torah (scroll) mantle which fulfilled the deer (mister ?) Jamun Ychie Maman may he rest in Eden, and his dear sons,
may the virtue of the Torah protect them, Amen may it be His will”.
The cloak is decorated symmetrically with a central depiction of the temple mounted above the table of the covenants
on its front. Depiction which is flanked by a menorah on either side.
The temple is depicted as the building of the Dome of the Rock in Jerusalem. It is supported on either side by a
rampant gardant lion. An inscription which flanks the temple’s dome by a word on either side reads:
“Torah crown”.

The tables of the covenant are depicted as two pointed arches. They bear the beginning of the ten commandments,
five on each table. The arches have a pattern of foliate branch and a lily-like hanging lamp is hang from a small fish
placed in the top of each arch.

In the central space between the tablets and the temple is the date of the dedicatory of the mantle, inscribed in cyphers
5716 (1956).

The front of the cloak is flanked on either side by a seven branches menorah.

A cock which faces the center and a Hamsa above it are located between the Menorah and the opening at the back
side of the cloak.

The round top has two round openings to insert the Torah staves and is covered by an embroidered velvet in foliate
pattern.

A band of fringes attach to the upper and lower borders of the mantle. 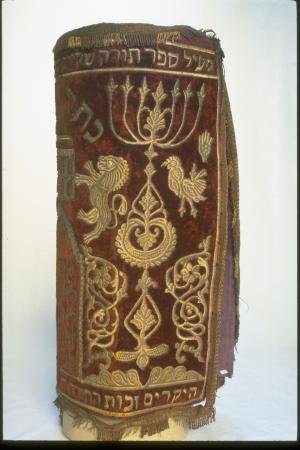 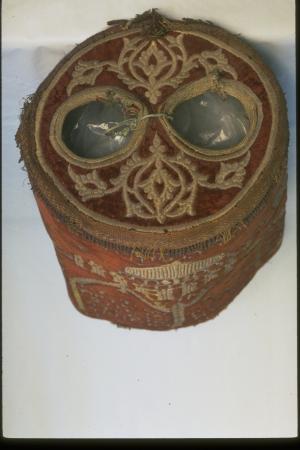 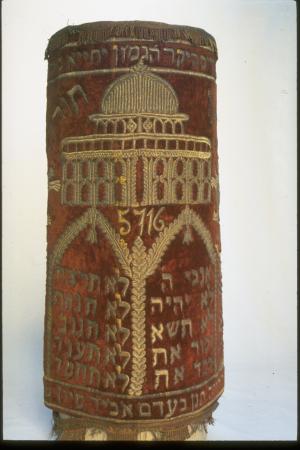 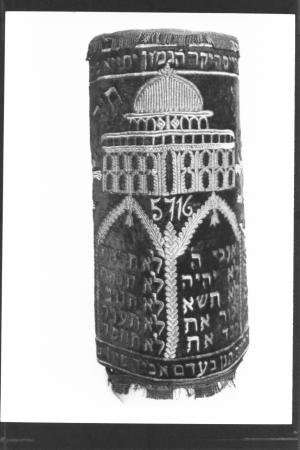 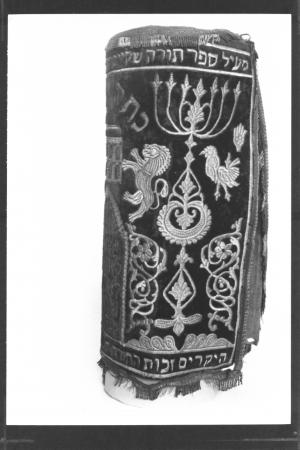 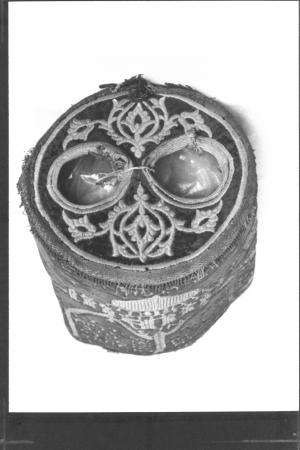 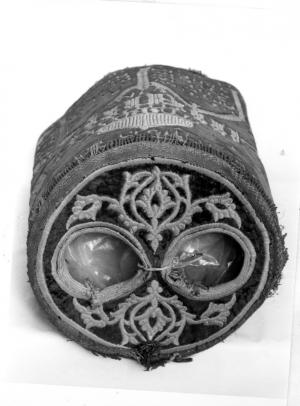 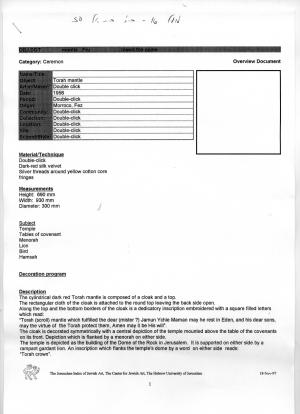 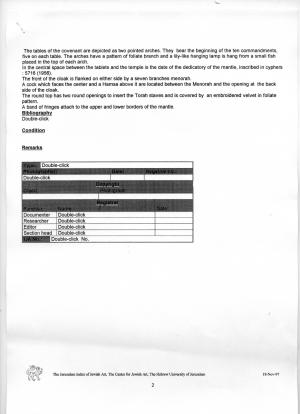 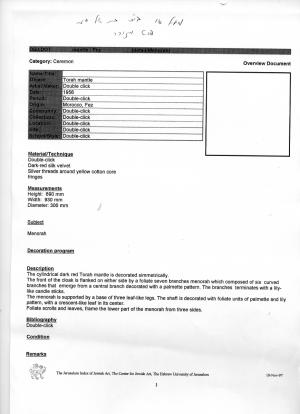 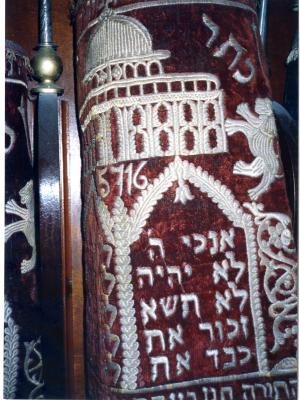 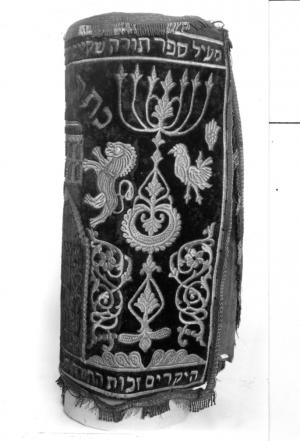