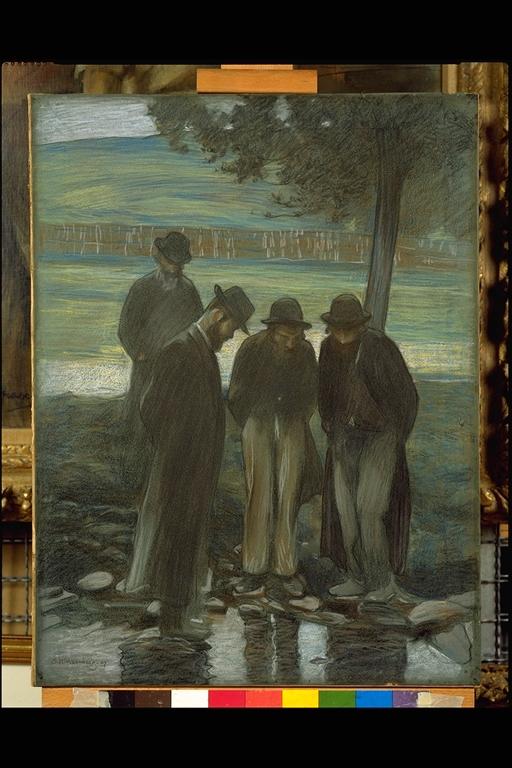 © Tel Aviv Museum of Art, Photographer: Tel Aviv Museum of Art,
Four Jewish men stand, heads bowed in prayer, on the banks of a shallow body of water. In the foreground, three of the men are clustered on the water’s edge, their reflection partially captured in it. Standing back slightly from the group on the left, is the fourth figure. Behind them is a green and hilly landscape under a gray sky. The overall expression of the scene is gloomy. All four figures have beards, wear dark long coats, trousers and hats. Their hands are tucked in their pockets except for the third man from the right who holds his hands behind his back. This figure is also distinguished by his cut and stylized beard, in marked contrast to the longer, untrimmed beards and side-locks of the others. His small upturned nose also contrasts those of the other figures.   No. 4006 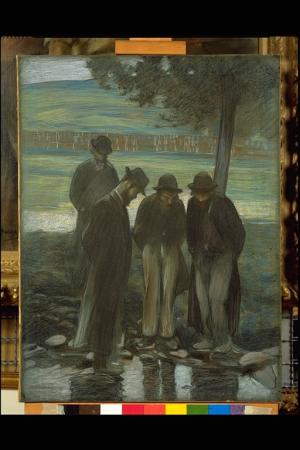