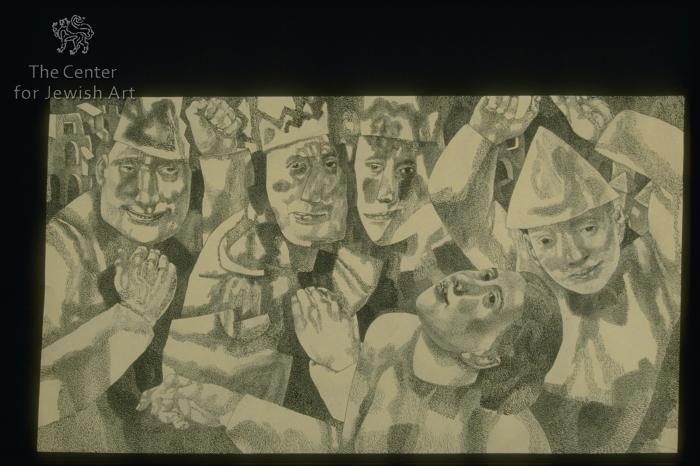 © Center for Jewish Art, Photographer: Radovan, Zev, 09.1995
The picture represents three men, a boy and a woman. The bust of the woman is placed in the lower right part of the drawing. Her figure is turned leftwards and her head is thrown back. The right hand with twisted fingers is sretched forward. Half-figures of the men and the boy are depicted standing in one row behind the woman. The man on the left has a wide face with protruding jaw-bones and a mouth stretched in a somewhat malevolent grin. The man's right hand with a sqeezed fist is pressed to his chest while the left hand, also with a sqeezed fist, is raised. The second man has a rectangular face with a nose turned sidewise and seems to be wrapped in a cloak. He holds his left hand on his chest and looks at the viewer. The face of the third man with straight nose and distorted mouth looks younger and more sad. Above the men's heads one can see some rectangular forms with zigzag pattern that makes them look like crowns. The boy to the right stands with his hands raised above his head slightly leaning rightwards. He wears a triangular hat. In the background some arched buildings are visible.
Summary and Remarks 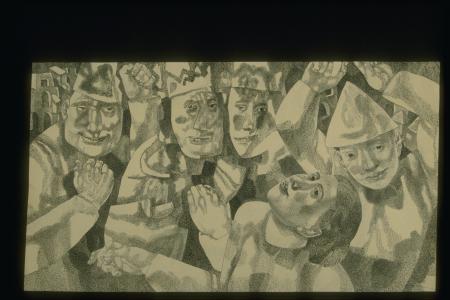