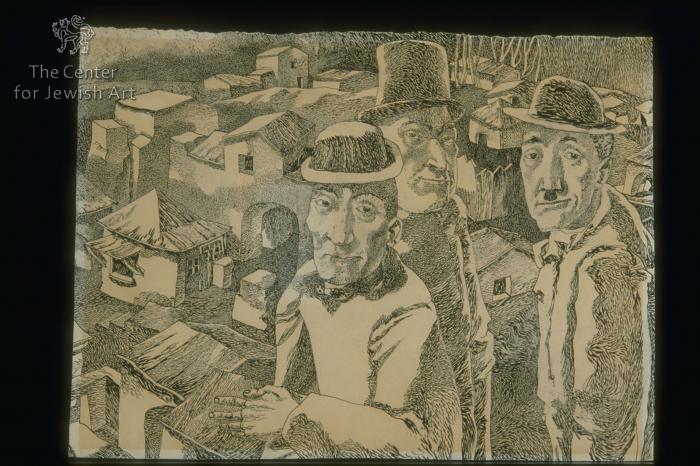 © Center for Jewish Art, Photographer: Radovan, Zev, 09.1995
Large half-figures of three Jews occupie the central and the righ t parts of the drawing. They are represented standing on the foreground. The first Jew in the central foreground is shown in a slight turn to the left though his bony face is turned towards the spectator. He has thin eye-brows, thin tightly pressed mouth, and wears a low round hat. His left hand, bent in the elbow, is pressed to the body. The figure of the second Jew is represented in the center behind the figure of the first one. It is a man in a cylinder with heavy chin and hooked massive nose standing in a three-quarter turn to the right. The last personage in a bowler hat stands in the right corner. His figure is seen in left profile though his face of an elongated form is turned towards the viewer. He has almond shaped eyes, small moustaches and thin lips stretched in a somewhat sad smile. The buildings of the shtetl are seen a little bit from above. They are built of solid stone, roofed with wood and surrounded with wooden fences. A fortress-like building is seen in the upper left. The shtetl looks uninhabited. 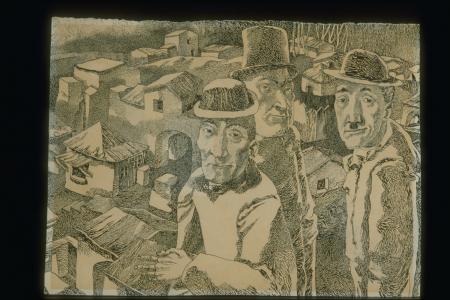