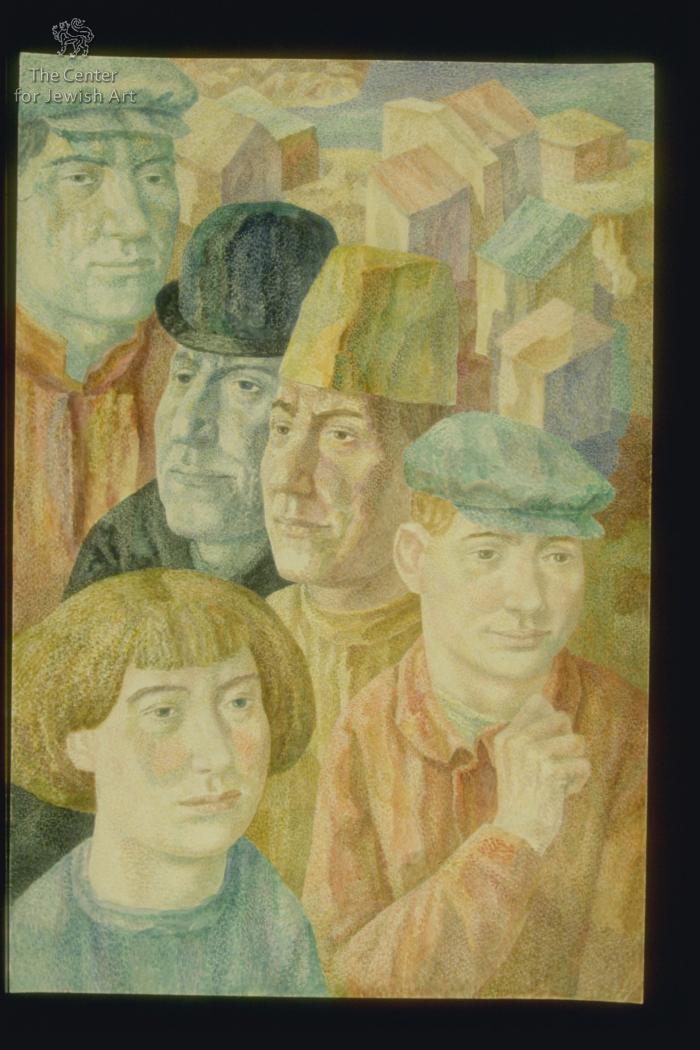 © Center for Jewish Art, Photographer: Radovan, Zev, 07.1995
The picture represents four men and a woman. A bust of the young woman occupies the lower left corner. She is shown in a three-quarter turn to the right. She has thick but short blond hair with a fringe, round face with a large mouth and wears a blouse of a blue and green colour. To her right there is a young boy. He also faces right. He wears a red shirt and a kepi of the blue and green color. With his right hand he grasps a collar of his shirt. Behind the boy and above the young woman there are two men in a three-quarter turn to the left. One of them is dressed like a surgeon, though his dress is of yellow colours. The second one is dressed in black and wears a bowler on his head. The last man is shown in the upper left corner facing right. He wears a blueish kepi and a red shirt. In the upper right part of the picture there are houses of simple geometrical forms.
Summary and Remarks 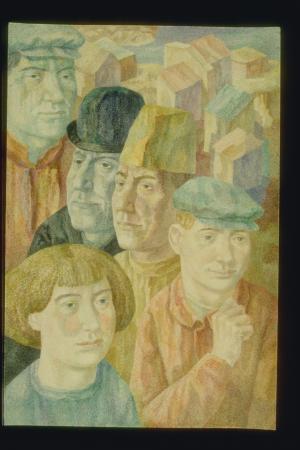