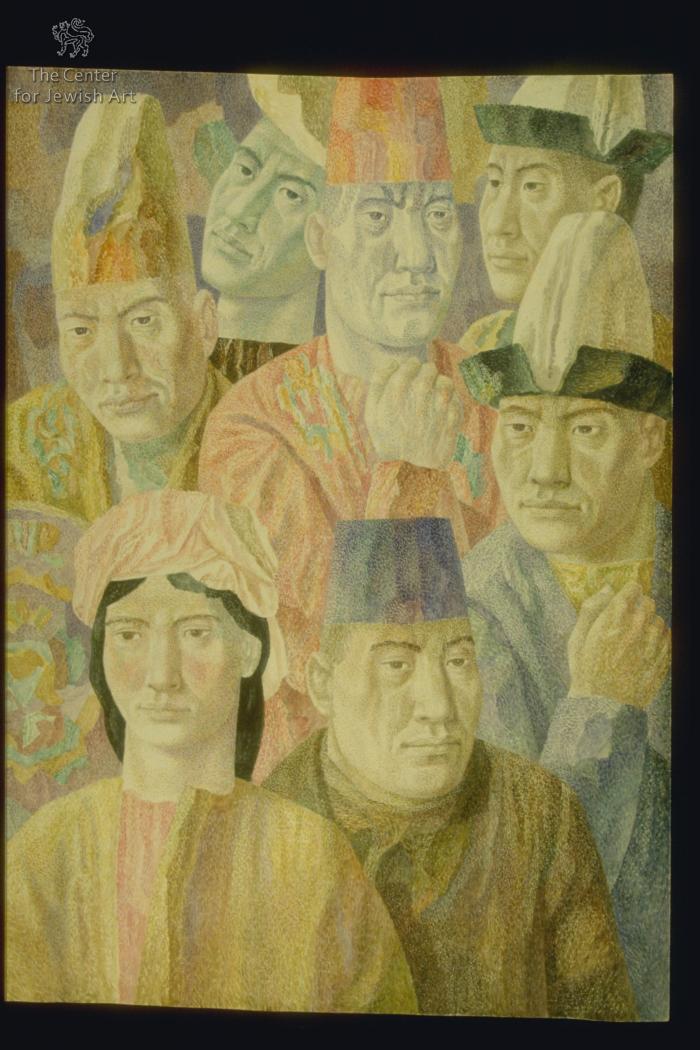 © Center for Jewish Art, Photographer: Radovan, Zev, 07.1995
Seven figures - one of a woman and six of men - are tightly pressed together on the surface of the work. They are placed in three rows forming a kind of zigzag. On the foreground there are two: a young dark haired woman to the left and a man to the right. The woman wears a pink headgear and a light brown coat. Her figure shown up to the waist is turned frontally, though her eyes look leftwards. The man wears a dark blue hat, which has a form of trapezium, and a dark brown coat. His head is shown in a three quarter turn to the right. Three men in the second row are placed diagonally one after another (from the right to the left). The right man in blue and yellow dress and in a tall white hat with green brims looks leftwards while his body is turned to the right. The right hand is clenched and pressed to the breast. The central figure in red ornamented dress and in red tall hat repeats this gesture.This man is shown in a three quarter turn to the right. The last man in the row wears yellowish and green dress and yellow and brown tall hat. His head is slightly lowered, though his eyes look straight. The heads of the last two men, seen in the openings between the heads of the three, are facing left. The head of the left man is thrown back. On the head of the second there is a tall white hat with green brims. The background is composed of multicolored pieces. The faces and the dress of the represented characters are obviously middle-asian, while the texture and the colors of the work remind of middle-asian weaven carpets.
Summary and Remarks 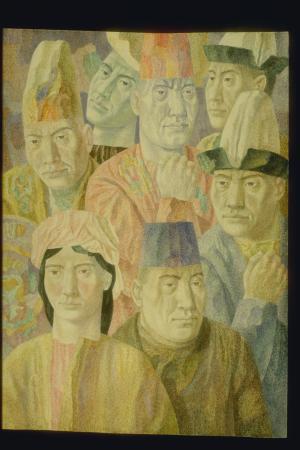