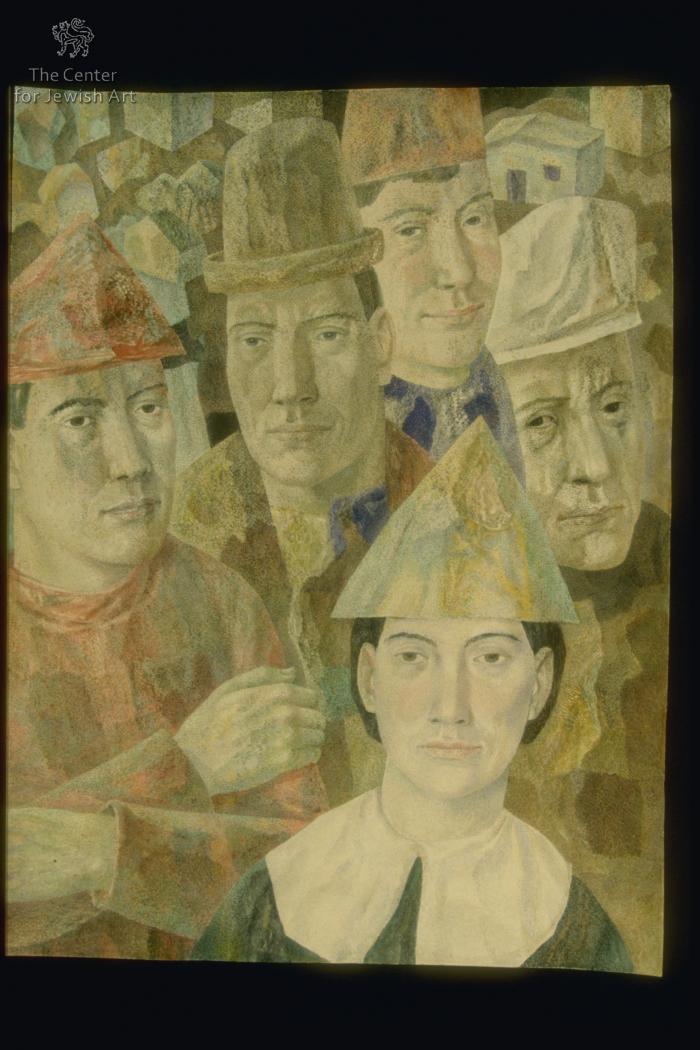 © Center for Jewish Art, Photographer: Radovan, Zev, 07.1995
The painting represents five persons: four men and one woman. The men's figures are placed diagonally one behind another from the lower left corner to the upper right. A bust of the woman occupies the lower right corner. She wears a dark dress and a wide white collar. Her head is crowned with a triangular hat. She is dark-haired and has even thin eye-brows above brown almond-shaped eyes. A man to her left is dressed in red and wears a red triangular hat. He stands with his hands crossed on the bosom and looks to the right. The second man is shown frontally. He has coarse features and wears a brown bowler-hat. The faces of the last two men are situated above the woman's figure. One of them is young and smiling. He is shown in a three-quarter turn to the right, though he looks at the viewer. He wears a tall red hat. The head of the last man topped with a white hat is larger then others. His face looks pale. In the upper part, behind the figures one can see some buildings of simple geometrical shapes.
Summary and Remarks 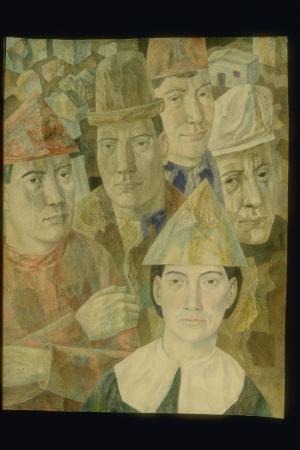