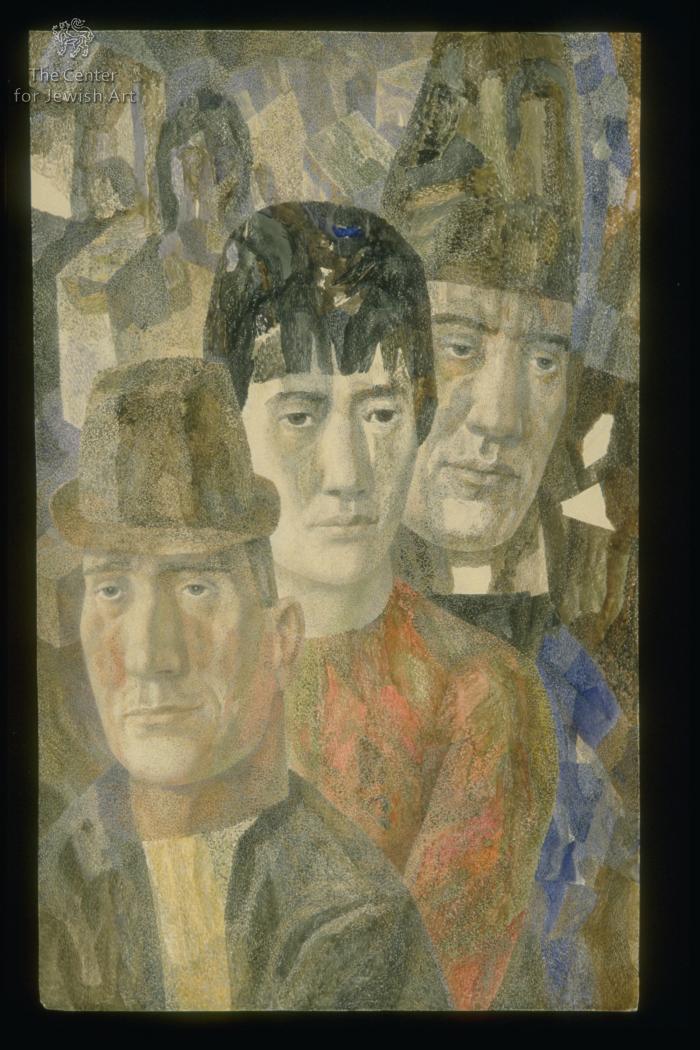 © Center for Jewish Art, Photographer: Radovan, Zev, 07.1995
On the drawing there represented three images: two of men and one of a woman. Their figures are shown up to the breasts and attention is concentrated mainly on their large faces. They are placed in a row diagonally, one after another (the woman in the center) as if they are mooving forward from the upper right corner to the lower left. There is no action, in fact. All the personages look estranged one from another. The central figure is a young woman in a red dress. Her corps is slightly turned to the left, while her head is turned a little bit to the right. She is pale and dark haired. Her features are straight. A straight fringe covers her forehead. The man on the forefround is shown in a three-quarter turn to the left. He has small light eyes, coarse features and wears a brown hat. The second man, in the upper right, is represented in a three-quarter turn to the right. His eyes are lowered and his large head is crowned with a high brown hat. On the background, in the upper left, one can see a stylized geometrical town view and the outlines of some effaced figure. All forms of the drawing have a structure of a crystal with facets filled with different colors.
Summary and Remarks 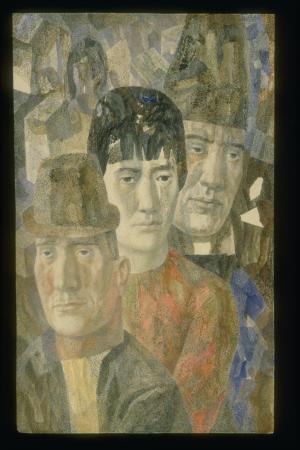