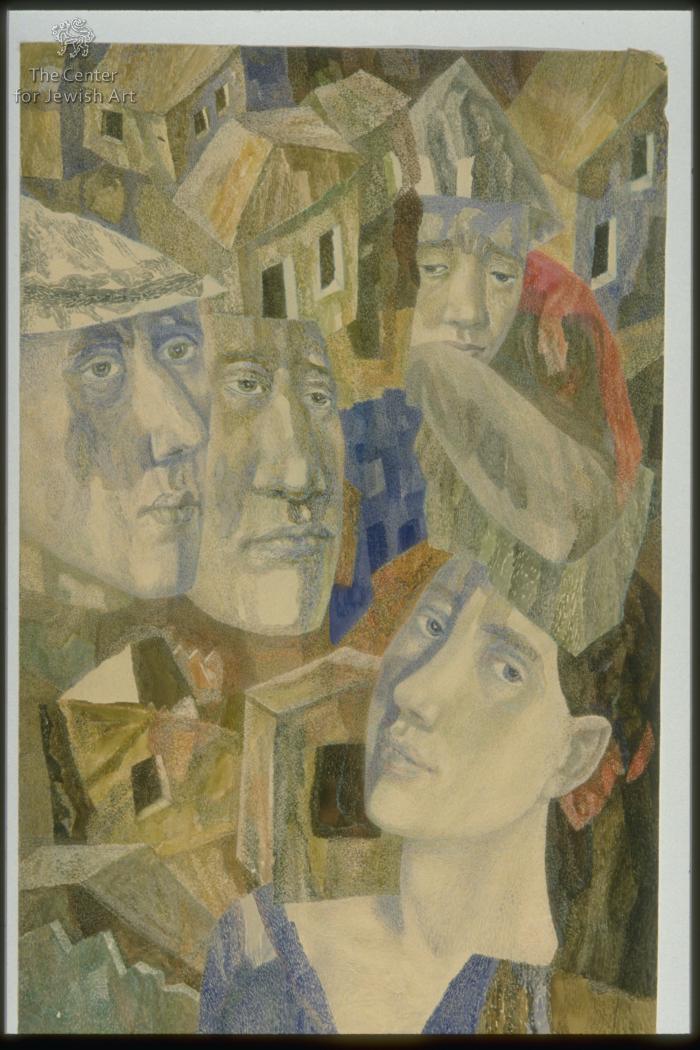 © Center for Jewish Art, Photographer: Radovan, Zev, 07.1995
The painting represents a composition formed by human faces, figures, and town landscape.In the lower right corner there is an image of a young woman with a long neck in a three-quarter turn to the left. Her head is slightly thrown back but she looks at the viewer. A red ribbon is plaited into her long dark hair. The faces of two men are depicted in the middle left one behind another. They are shown in a three-quarter turn to the right. The features of the faces are coarse. Theman on the first plane has more sharp nose and chin. The second one has a broad nose and hard chin. In the right part, above the woman there is a half-figure of a young boy in a guise of Pierrot. He wears a triangular hat and has a very sad face expression. With a long sleeve of his grey and red dress he touches his chin. The outlines of simpl geometrical houses with dark openings of doors and windows and the oulines of men's faces and figures penetrate one into another sharply cutting each other
Summary and Remarks 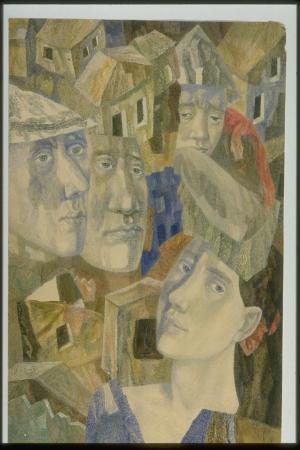