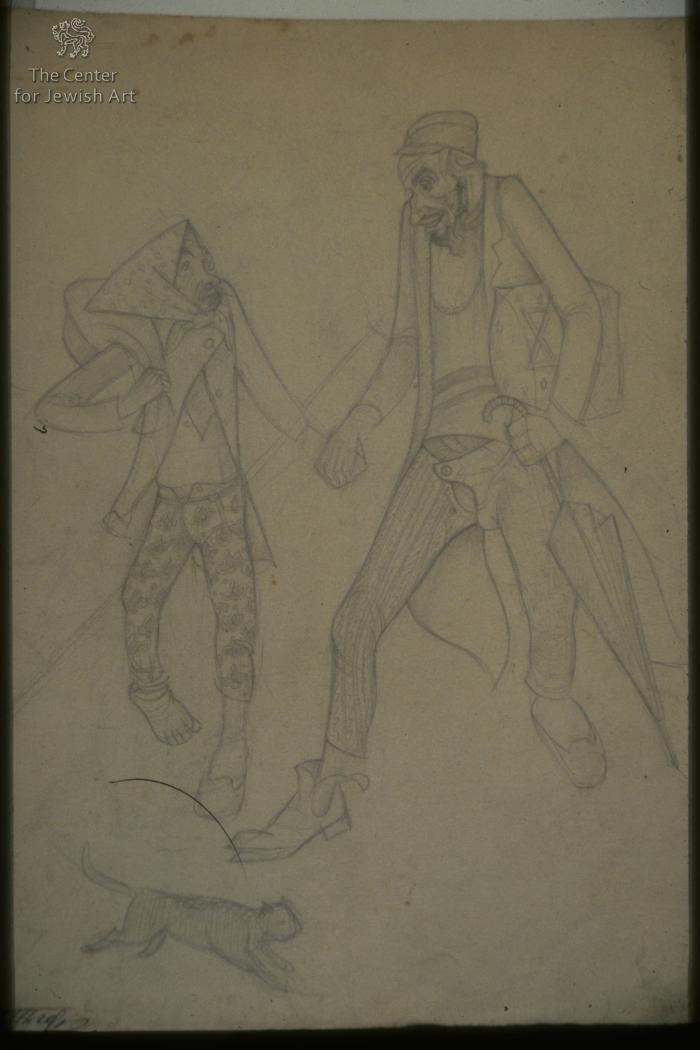 © Center for Jewish Art, Photographer: Rajner, Mirjam, 05.1990
The picture represents the pilgrims to Palestine Benjamin and Senderl the "Milk-sop" walking on the road frontally to the viewer Benjamin is depicted to the right. He is a tall, thin Jew with a small beard, wearing trousers, shirt, torn shoes, rimmed a frock-coat. He holds an umbrella in his left hand and a tallit bag with Magen David under his arm head. Senderl the Milk-sop is depicted to the left, holds Benjamin's right hand by his left one. He is a short thin man with moustache and a small beard, and wears a frock-coat and a head scarf on his head. He has a shoe put on his left foot; the right foot is bare. With his left hand, he holds a sack thrown back over his shoulder. In the foreground is represented a cat running across the road. 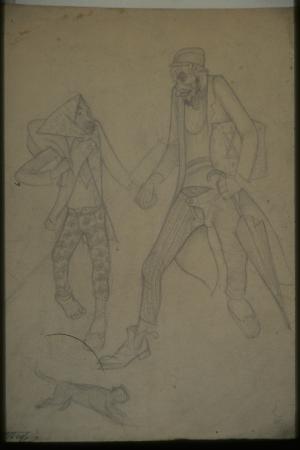