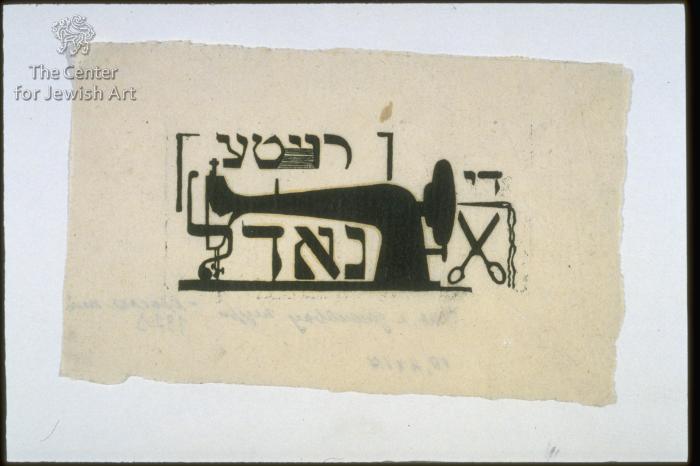 © Center for Jewish Art, Photographer: Radovan, Zev, 04.1994
The picture represents a black stylized silhouette of a table sewing machine. To the right of its wheel a needle, placed horizontally, touches the machine with its sharp end. A thread passed through the needle hangs verticaly. Under the needle, between the wheel and the thread, there are opened scissors. A Yiddish name of the magazin is written on different levels. The first word is written above the wheel of hte machine, the second one - above its body, and the last one - between the body and the base so that the letter "lamed" interlaces with the machine's needle and thread. The letters "ain" and "tet" in the second word are connected by means of horizontal hatches. 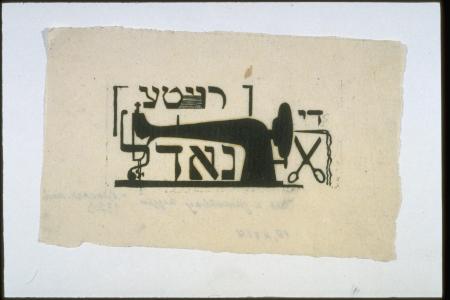