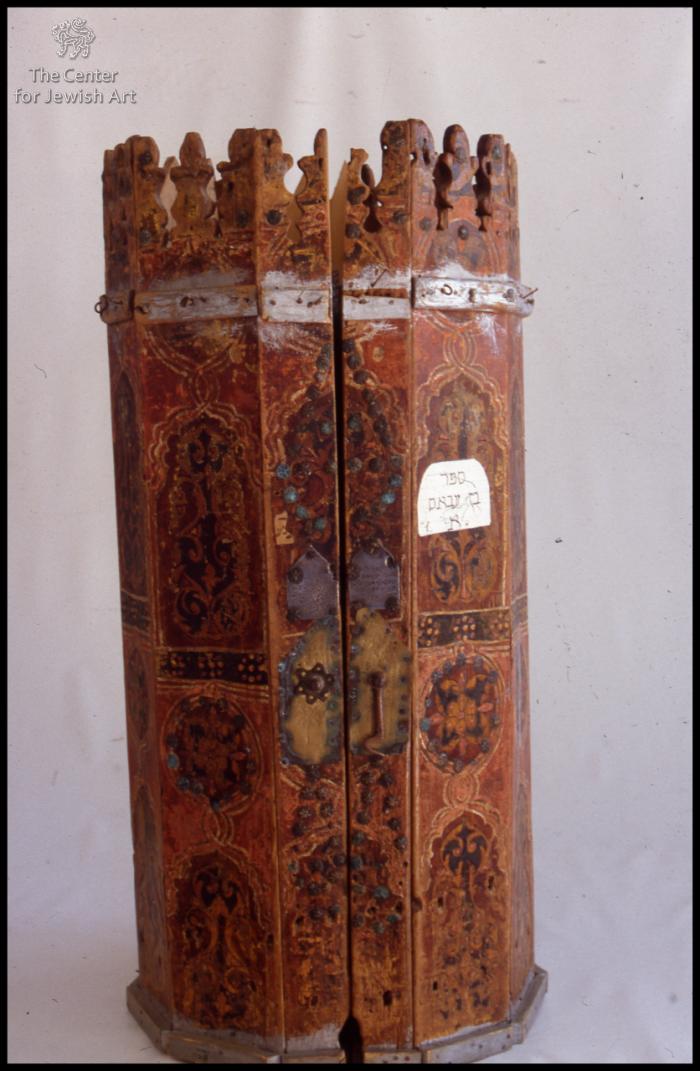 © Center for Jewish Art, Photographer: Radovan, Zev, 1993
The wooden Torah^case consists of a ten-faceted body and a coronet. The body is painted in red, green, gold and silver colours. A pair of faceted annulets encircle the upper and lower borders of the body. ##Eleven hooks for the Torah case wrapper are set between the upper borders, one on each facet. ## The case opens into two halves in the middle of the front facet, while the back facet is seperated from the rest of the facets and connected to them by two pairs of hinges. Two identical silver plaques are ettached to the front facet. ##The plaques are rectangular and terminates with an ogee arch. ##A dedicatory inscription is written in aramic letters in five lines and reads: "זה הספר של ##יעקב גויטע ##ושלמה וחוטו מרת ##אסתר שנת יום ר'ח )ראש חודש(, ##חודש ניסן שנת ת"ח" "This is the book of Jacob Goite and Solomon Vahutu(?) Mrs. Esther the year New moon of the month Nisan the year 1648" The inner face is plain wood. Two rectangular partitions are set at the top and bottom of each half. The lower one has a rectangular hollow hand holder, while the upper one is plain with waving upper adge. Two insert holes for the staves are at the top of the case. The ten-faceted coronet tops the body. Each facet is composed of foliate pattern decorated with nails. 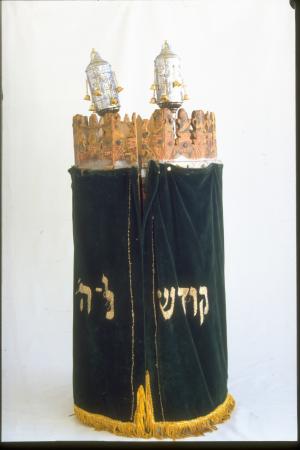 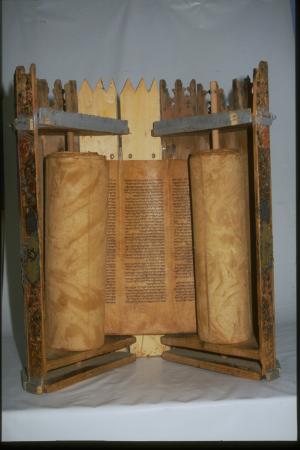 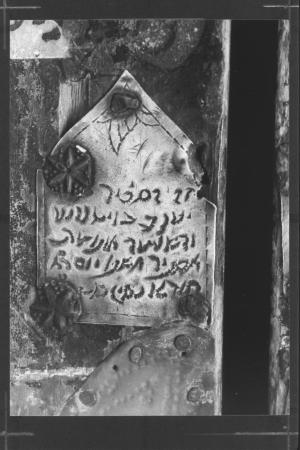 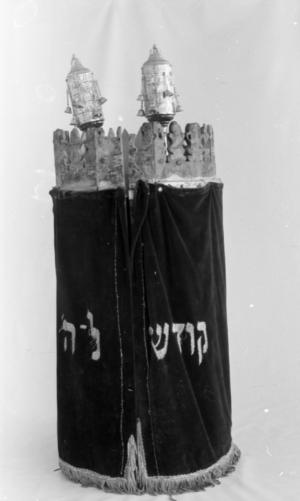 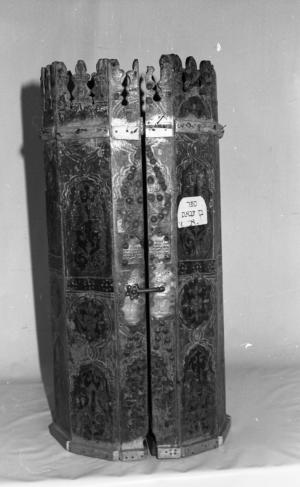 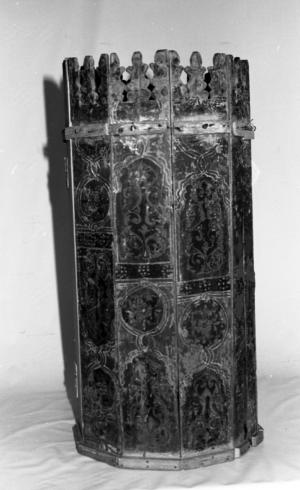 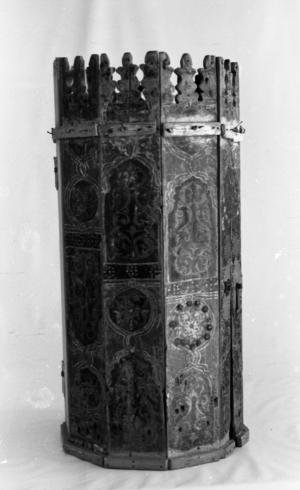 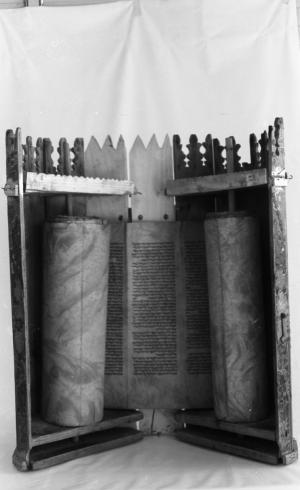 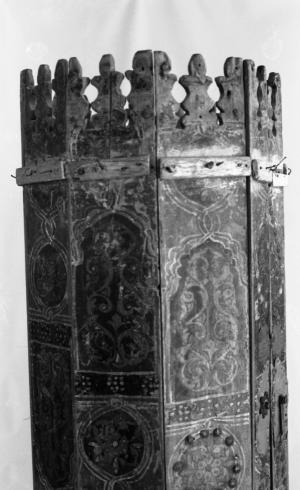 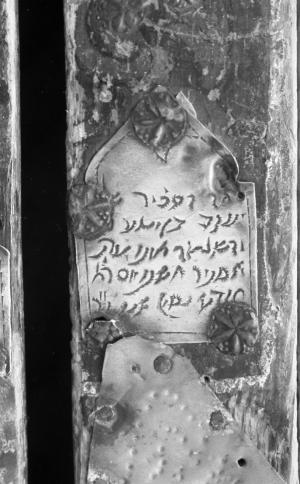