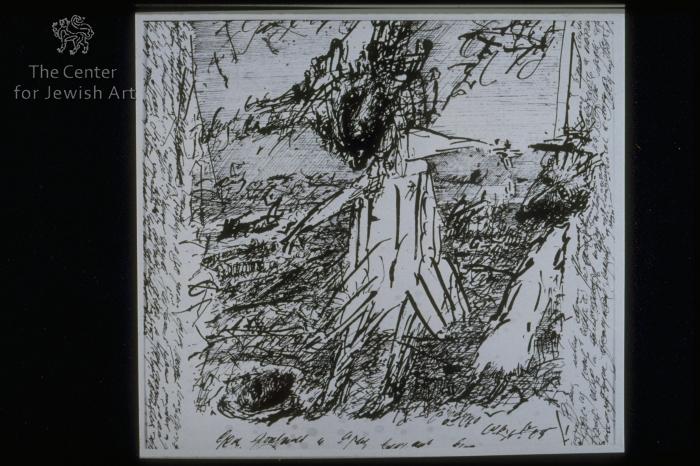 © Center for Jewish Art, Photographer: Tartakovsky, Sergey, 01.1992
The primitive figure of Herodiade appears as a blank spot (modeled by rough straight lines) against the strokes that represent soil; her head,on the contrary, looks as a dark mass against the sky; her arms are stretched to the sides. The dark St.John's head lies on the ground to the left of her feet, and is almost indiscernible there. To the right there is another smaller figure reclining on the line that marks the composition's right border, her head protruding beyond. From both sides the picture is flanked by manuscript lines placed vertically; some fantastic calligraphy made by reedstick is seen in the upper part. 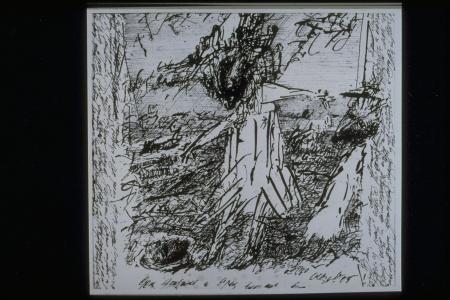