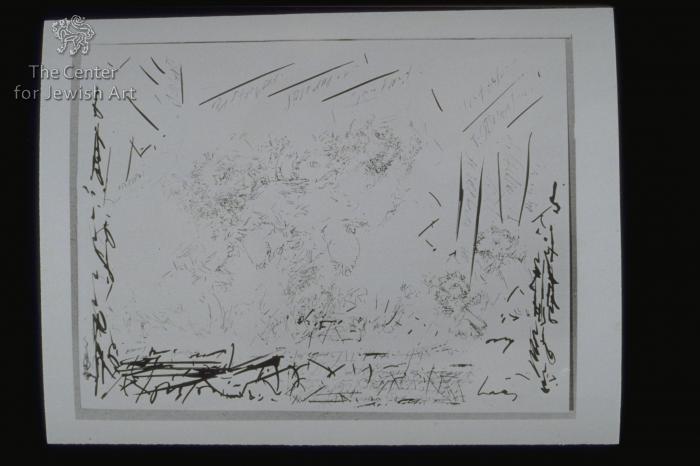 © Center for Jewish Art, Photographer: Tartakovsky, Sergey, 01.1992
In the center of the drawing two old men and the child between them,whom they hold on their hands, are depicted. Only he heads of the olds are seen clearly, the figures are concealed behind the big body of the baby that lies on their hands frontally, his legs to a viewer. The right head is bearded, with one eye closed. Under the left one there is a sketch of a naked figure standing on the knees. Several small unclear figures can be discerned in the lower right area of the drawing. Speedy lines and strokes of a much more big scale, made by another pen, surround the composition. Elements of writing made by the first pen accompany them. 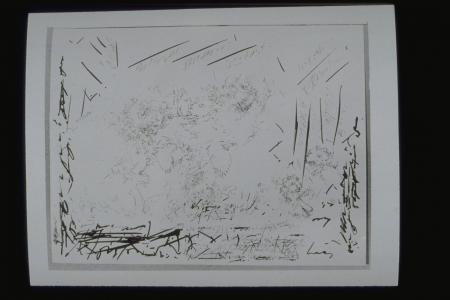