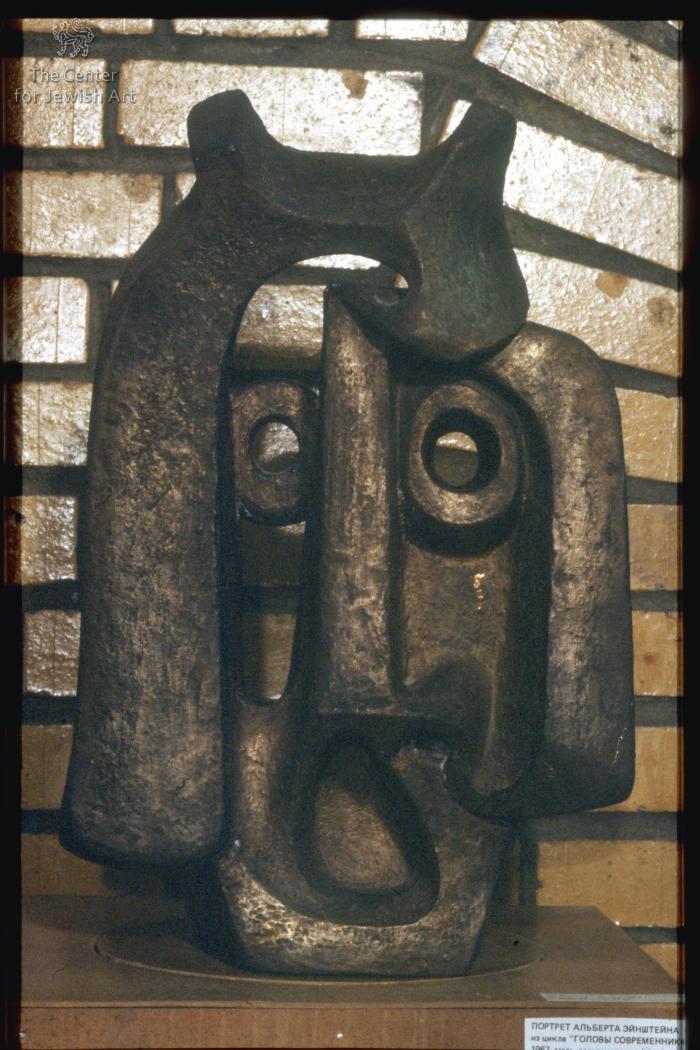 © Center for Jewish Art, Photographer: Tartakovsky, Sergey, 11.1992
The portrait represents a head of the scientist. It is two-faced. Forms of the portrait are organized in such a way that nearly each detail of one face represents at the same time a part of a face on the opposite side of the head. The two faces of the portrait represent two different images of the scientist. The first one represents Einstein smiling. A half open mouth has a semicircular form. A straight horizontal upper lip with a mustache hang over it. A large protruding nose sets against the lip and merges together with it. On the place of the left cheek there is an open space. A ring of the left eye is seated into a core of the head, while the right eye resembling a monocle is put forward. A raised hair forms an arch above. It forms also two curls reminding of the horns of Moses. The opposite side of the portrait represents an expression of horror on the face of the scientist. The face seems to become lengthened, narrowed and flattened. The nose is straight and nearly flat. The open mouth is distorted; it has a shape of a large drop. The hair is pulled forward to the front plane of the face. The eyes seem rounded with horror and amazement. 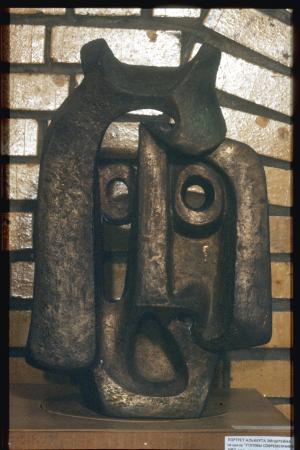