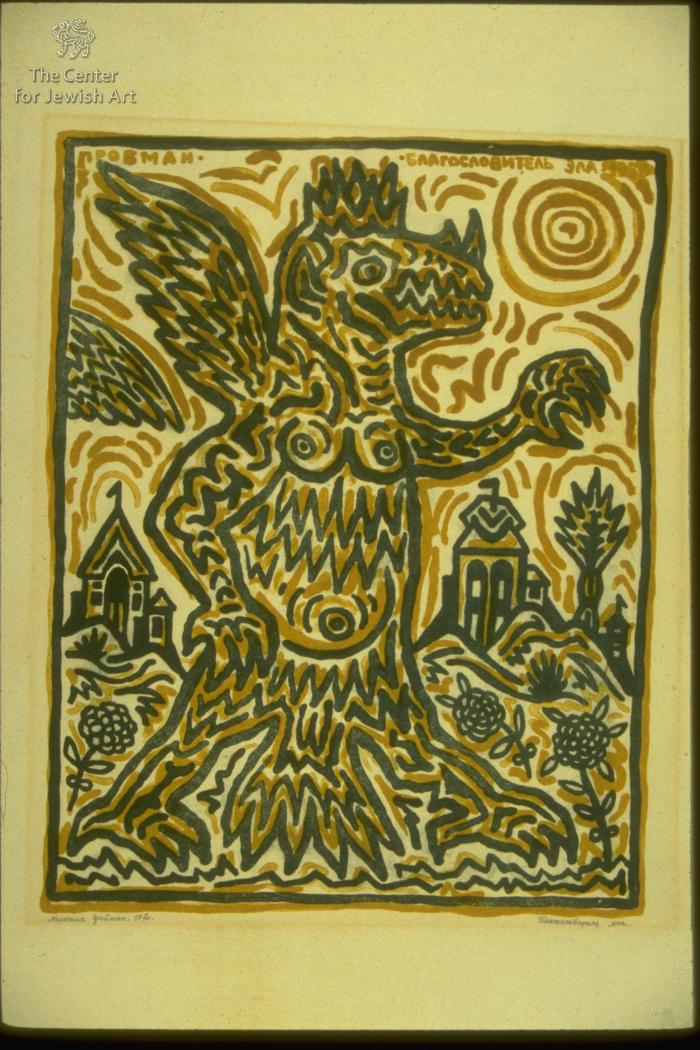 © Center for Jewish Art, Photographer: Radovan, Zev, 02.1994
An imaginary figure occupies the most part of the composition. It is depicted on a foreground, in full length and in profile, facing right. It has a human body with female bust, bestial head with sharp-toothed jaw, and two horns on its nose. Besides that, it has a bird-paws, bird-tail, one wing, and eight-cogs crown on its head. The monster strides against a background a landscape; its left hand is raised. A landscape represents schematic picture; two small buildings and tree on the background, some knolls, flowers and sky. Some concentric light-brown circles in the upper right corner designate the sun.
Summary and Remarks 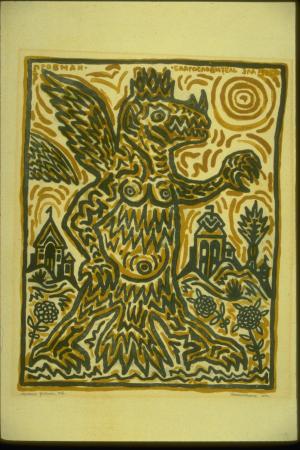