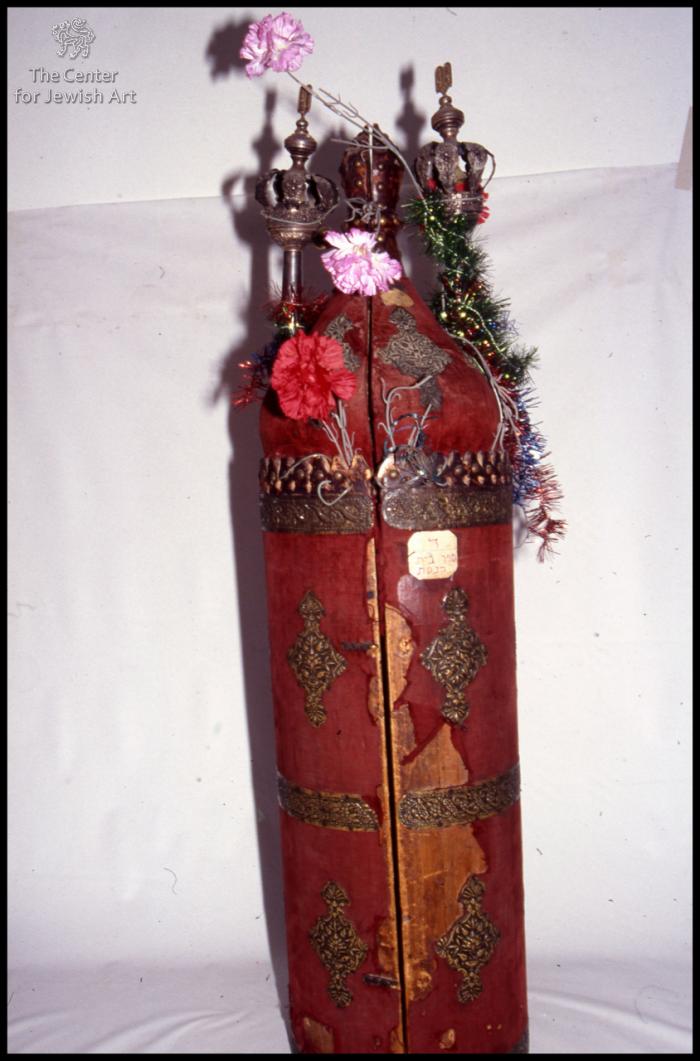 © Center for Jewish Art, Photographer: Radovan, Zev, 19.5.93
The cylindrical wooden Torah case consists of a body and a crown.##The case opens into two halves and is closed by a pair of clasps, the back is divided by two pairs of hinges. The case has silver decoration over textile. There are three bands, located on the center and the top. They consist of a dotted frame with a repeating pattern of a rosette with two leaves flanked by a floral motif. There are two identical cartouches on each half of the case located between the bands. The shape of the cartouche follows the design. The design depicts a vase with a bowl shaped two handled body from which stems a floral arrangement. Two palmettes are situated above and below. A floral scroll motif frames the design. The body tops with a coronet which consists of a row of dotted openwork diamonds. The onion shape crown bears on each half a single similar cartouche decoration. A dotted bud shape apex tops the crown. Two insert holes and staves are at the top of the crown. The inside of the case has a hollow wooden shelf at the bottom## Both sides of the inner crown are filled with a paper covered board. A painted floral motif consisting of a single flower on a leafed branch flanks the dedicatory text located within a lined square topped by a semi-circular domed arch. Beginning on the right half, from right to left, the square filled letters read: "]ת[יק##זה וס]ת[ שבו עשה##אתו הנה"ר )הנחמד הרב( ברוך##נחום גבאי היו )ה' יחיהו וישמריהו( וזוגתו##שושנה בת ישראל##מב"ת )מנשים באהל תברך( שנת תרמט"## "This Torah case and the Torah scroll inside were made by the kind Rabbi Barukh Nahum Gabai, may the Lord protect and sustain him and his partner (wife), Shoshanah daughter of Yisrael, blessed shall be above women in the tent the year [5]649 (1889)". On the left side: "וזאת##התורה אשר##שם משה לפני##בני ישראל )דב' מד' 44( אלה##החוקים והמשפ' )והמשפטים( )דב' יב' 1(##??רת אשר נתן יי"## "And this is the law which Moses set before the children of Israel" (Deut. 4:44) "These are the statues and judgements" (Deut. 12:1) ?? that God gave. 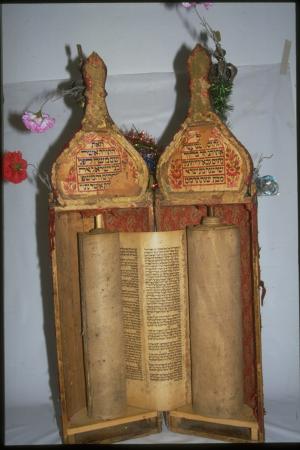 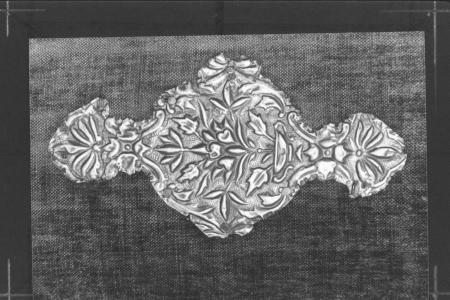 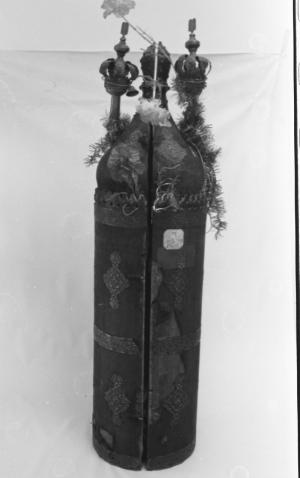 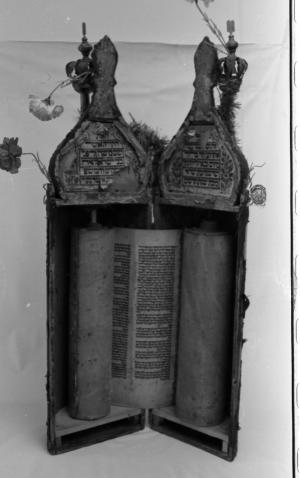 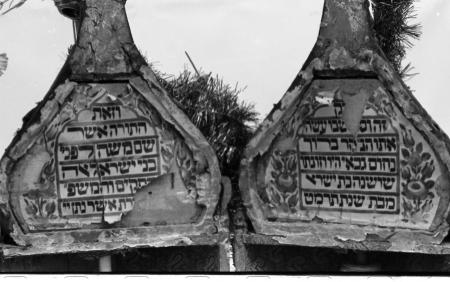 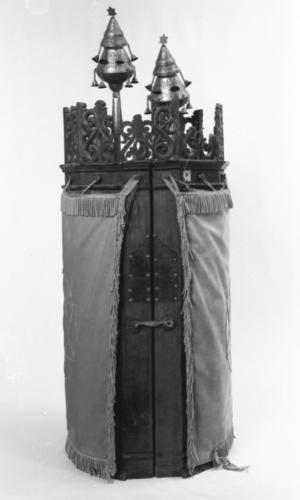 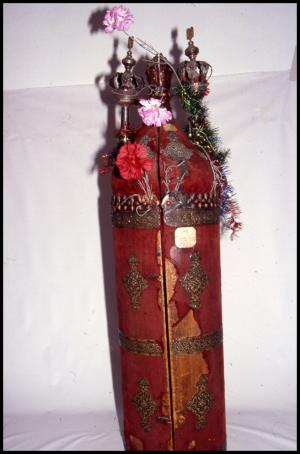