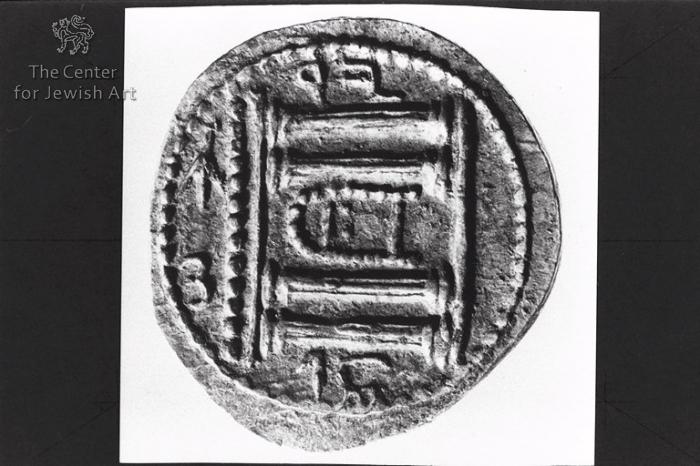 © Center for Jewish Art, Photographer: Radovan, Zev,
OBVERSE: Tetrastyle facade of the Temple of Jerusalem, composed of a stylobate, four fluted columns with bases and capitals and an architrave. The architrave is rendered by two lines, the upper one dotted. The two central columns flank a chest-like structure (the shewbread table (?), the ark of the covenant (?)). It stands on two feet, is surmounted by a convex dotted line and features two central knobs. A circumscription in Paleo-Hebrew reads:## "ירושלם" "Jerusalem". ##Border of dots. ##REVERSE: Four species (see Sys. No.9291) for the subject; but inscription of year two). 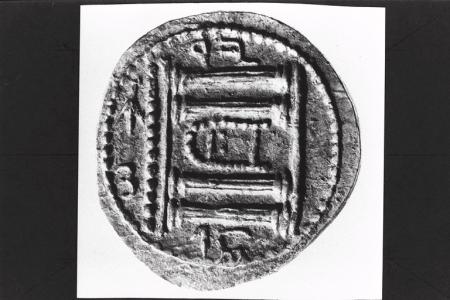