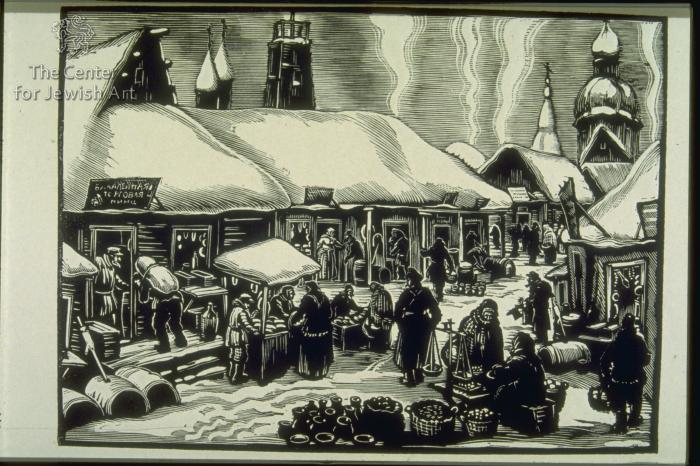 © Center for Jewish Art, Photographer: Radovan, Zev,
The picture shows a market scene during the winter. Single-storey wooden shop buildings covered with thick snow, line the street which runs diagonally from the left foreground into the distance on the right. Church spires, a watch-tower and columns of smoke extend above the roof line in the background. In the right foreground sits a woman with a large set of scales, selling vegetables to a woman standing before her. The baskets of vegetables stand together in the central foreground beside some jugs. Two stalls laden with bread stand at the center of the market, surrounded by the stall-keepers and customers. On the left stands a shop-keeper at the entrance of his store beneath a sign which reads: "BAKALEINAYA TORGOVLYA, MINTS" (Mints' Grocery Shop). He faces a man standing on his doorstep carrying a large sack on his back. Shop-keepers and their customers stand at the entrances of the other shops in the market.
Summary and Remarks 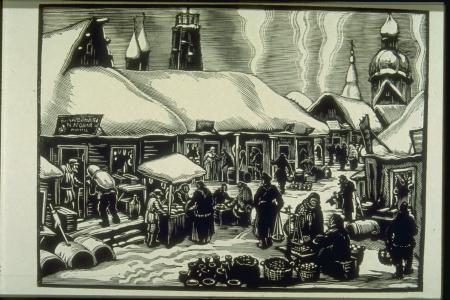