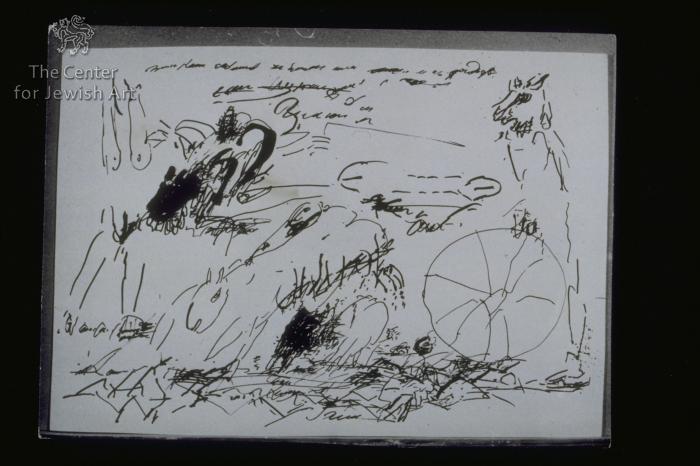 © Center for Jewish Art, Photographer: Tartakovsky, Sergey, 01.1992
The drawing represents a page filled with schematic sketches and inscriptions. In the center an animal (a ram?) stands, half turned to the left, with his back lifted up, carrying on it a little figure of a child. The figure of the ram is twice repeated - above to the left and next below to the right - in a smaller size and with some differing details .At the left edge of the composition there is a schematic representation of woman that consists of breasts,vulva and two legs; symmetrically to the right stands a figure of a monster with a bull's head, masculine genitals, facing left and holding a wheel that stands before him. Over the wheel and the back of the big ram there are two separated vulvas placed horizontally and connected to one another by some schematic lines. Non-readable, partly crossed out inscriptions can be seen under some of the significant elements of the composition; one big inscription crowns the whole. What the figures stand on can be identified as a dense combination of pen strokes with elements of writing.
Summary and Remarks 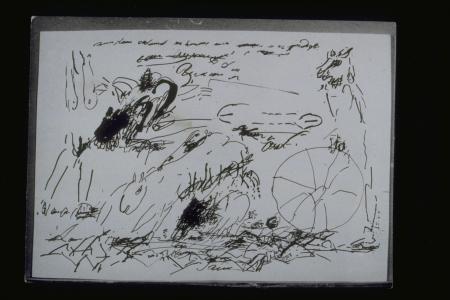