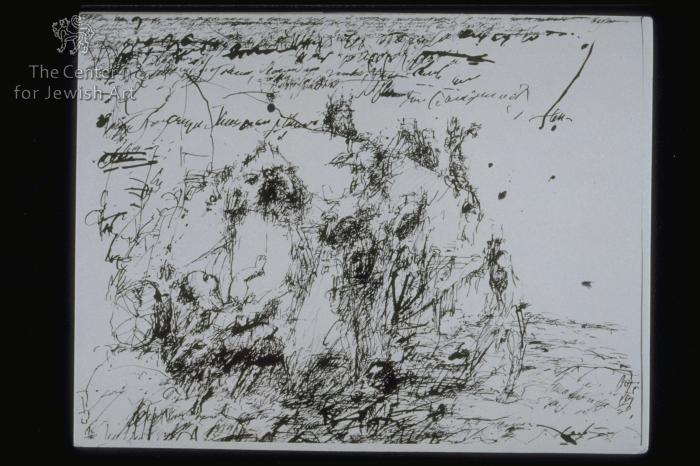 © Center for Jewish Art, Photographer: Tartakovsky, Sergey, 01.1992
The sheet reminds of a page of an original manuscript, where text is followed by drawing. The drawing represent a naked child strethed on an animal's back, approached from the right and behind by a group of personnages, most of them of monstrous appearance. The two figures closest to the child are in long white clothes, a bird stand on the head of one of them. The soil is composed of pen strokes mixed with elements of a crossed-out written text. Pointing lines connect the scene with the unclear written lines in the upper part of the sheet. Some more big inscriptions over the figures seem to tend to explane the scene, but in fact they cannot be read eiher.
Summary and Remarks 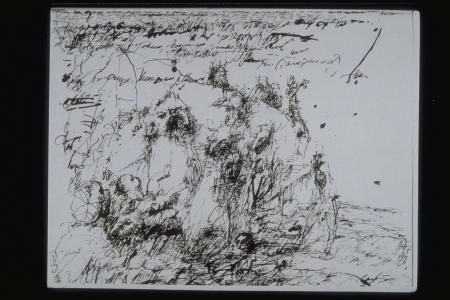