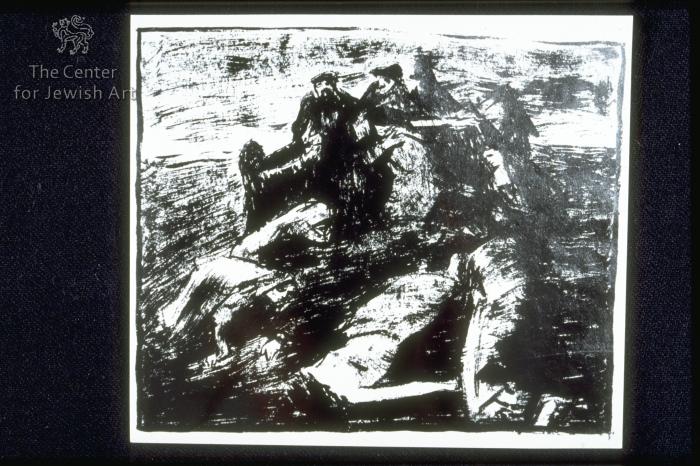 © Center for Jewish Art, Photographer: Tartakovsky, Sergey, 01.1992
Successive moments of the scene of the meeting of Tevyeh with Khava on his way home are represented together in the simultaneous composition of the drawing. In the upper part three figures of Tevyeh, tied closely to one another, are seen: looking frontally, turning away from Khava, moving into depth with his horse. Before him - several figures of Khava: on the left, close to him - a kneeling one, with her arms strethed to him; a little lower, closer to the foreground - two figures, successively falling down; on the foreground - the figure lying on the back, diagonally, the hands stretched to the sides, her head near the lower edge of the composition; to the right on the foreground- the figure that is standing up and moving once more in his direction; close to him on the right - the one, kneeling and appealing to him. The scenery looks as a bare landscape with the high line of horizon. 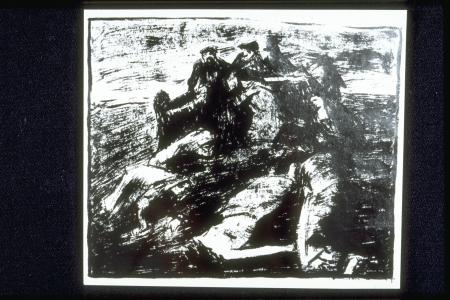