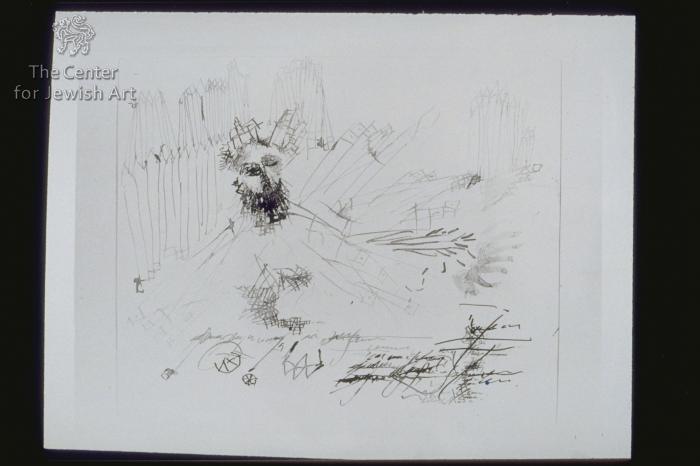 © Center for Jewish Art, Photographer: Tartakovsky, Sergey, 01.1992
The drawing represents a man with a bearded face. Instead of his figure and members a combination of strokes and forms can be seen, whose position and movement reminds of flying. Analogous forms of a smaller size crown his head. At the background, mostly in the left part of the drawing behind the man's head, vertical forms are placed, reminding of elongated crystals. In the lower part there are some crossed-out inscriptions mixed with schematical sketches. 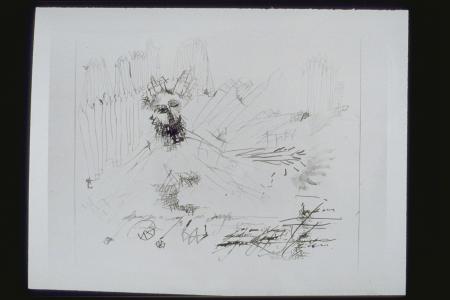