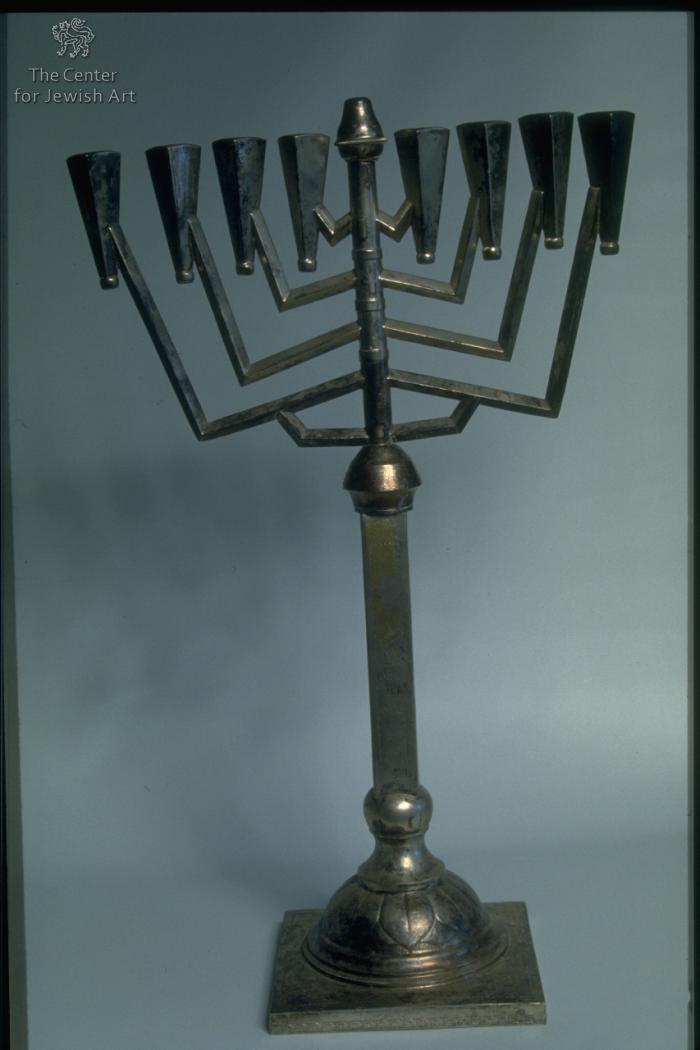 © Center for Jewish Art, Photographer: Radovan, Zev, 1990
The silver standing Hanukkah lamp consists of a base, a shaft and eight branches with candle sockets.The Hanukkah lamp is composed of two different parts that do not match. There is a hanger for the shamash on the shaft. The base is composed of a rectangular, flat pedestal decorated with a row of a geometrical pattern at its borders. The pedestal is topped by a rounded raised dome. The dome is decorated with a circumscribed row of dots at the lower part and a row of petals radiating from the top at the the upper part. The shaft is divided into two parts: a rectangular straight lower part which is decorated with a linear frame and a vertical row of a "v" shaped pattern. It is mounted over a globular ring and topped by an inverted conical capital. A cylindrical upper part has three rings. Eight rectangular and angled branches stem from each part in between the rings. The shaft terminates in a pear shaped knob. Eight elongated and inverted pyramidal shaped candle sockets are supported by the branches. 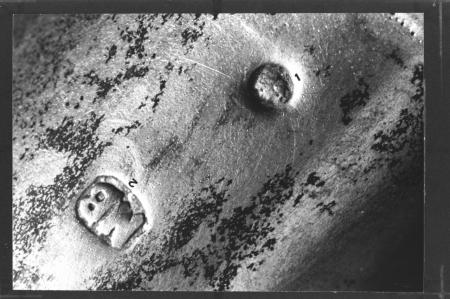 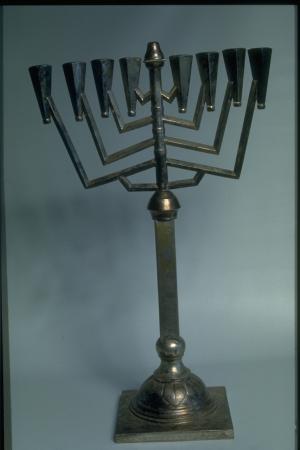 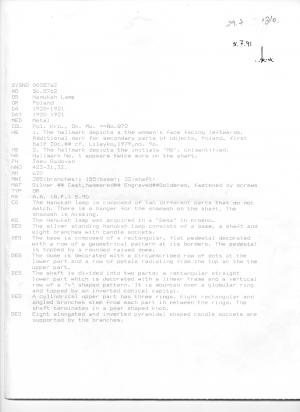 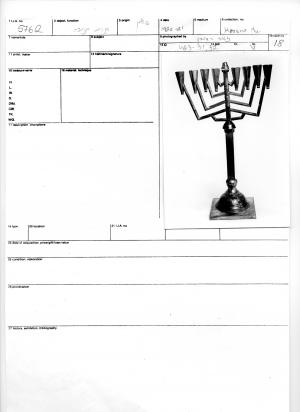 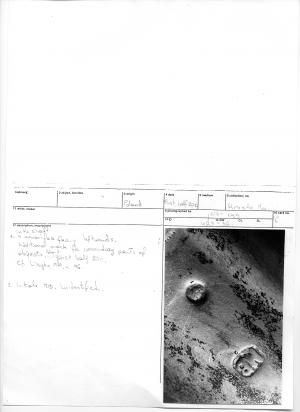