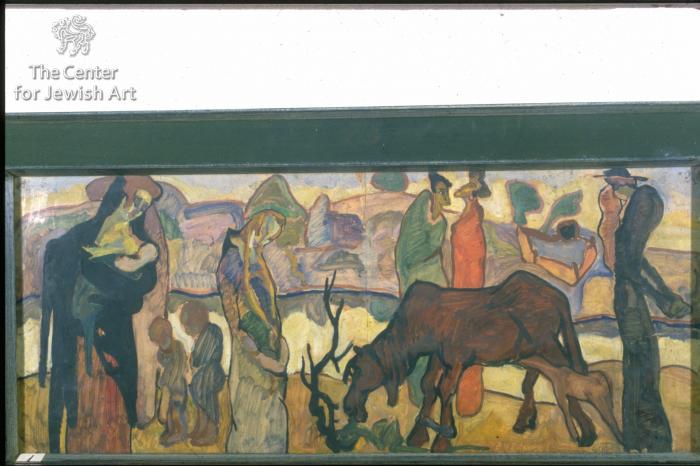 © Center for Jewish Art, Photographer: Radovan, Zev, 02.1987
A group of people and two horses stand along a river bank which is lined with hills on the other side.The figures are stylized and elongated and are defined by sinuous outlines. A woman with red hair, wearing a long red dress and a blue veil stands on the far left of the row, nursing a baby in her arms. Two children also with red hair stand at her feet on the right facing her. A pregnant woman wearing a colorful dress, with her hair in two long golden braids stands to the right of the children. She looks at a brown mare sucking a foal, who stand on the right. The mare nibbles from the twig of a dry tree which is set in the middle of the foreground. Two women with slim figures and swarthy complexion stand behind the mare. The woman on the right wears a long red gown and the one on the left wears a long green gown. A slim tall man wearing a clack coat and a hat stands in the far right. He wears glasses and his hands are clasped behind his stooped back. Trees and bushes are discernible on the opposite bank of the river. Something resembling a fenced paddock appears to be situated in the right background. 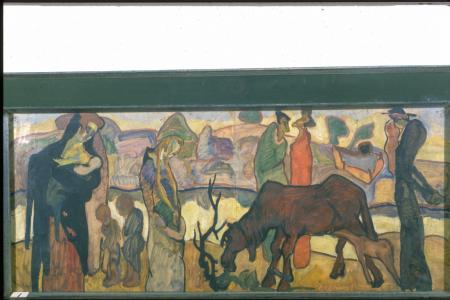