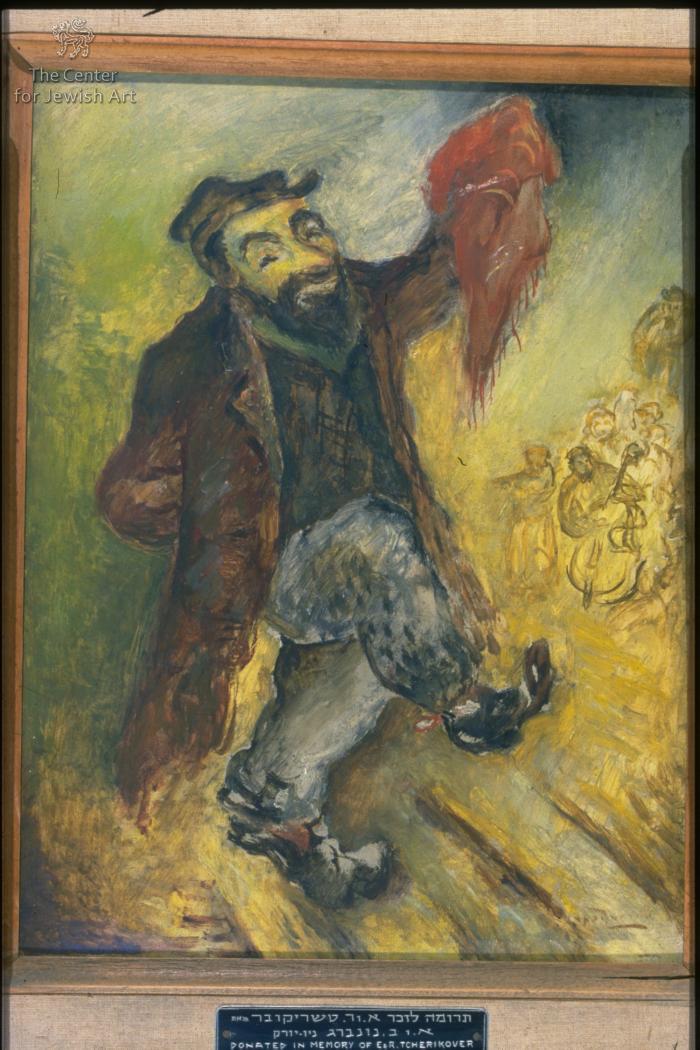 © Center for Jewish Art, Photographer: Radovan, Zev, 02.1987
The scene represents a Jewish man dancing to the music of a klezmer band in the background. The dancer, depicted at the center, jumps on his left leg and kicks his right leg upwards. He raises a red scarf in the air with his left hand, and he tucks his right hand behind his back. He has a black beard and wears a peaked cap and an open brown long coat which reveals his shirt and trousers. The two klezmer musicians can be seen in the far right background. One plays the double-bass and the other plays the fiddle, while a small crowd gathers behind them watching the dancer. 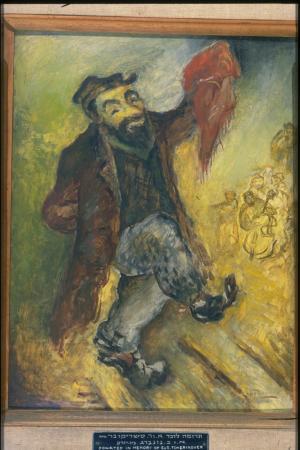