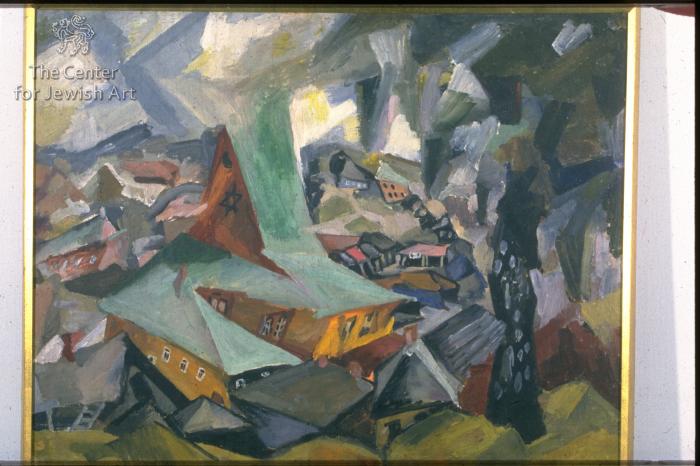 © Center for Jewish Art, Photographer: Radovan, Zev, 02.1987
The scene represents a Jewish shtetl, with colorful houses. A synagogue is depicted in the center of the shtetl, at the center of the composition. It is identified by a Star of David on its steeple, has a number of wings and is taller than the other houses. The yellow building has a steep, green roof, which merges with the sky. The sky is formed of facets which resemble the forms of the houses. A tree with a dark trunk stands on the right, its branches also merging with the forms and colors of the sky. Main colors are blues and greens, houses also in pink, yellow and gray.
Summary and Remarks 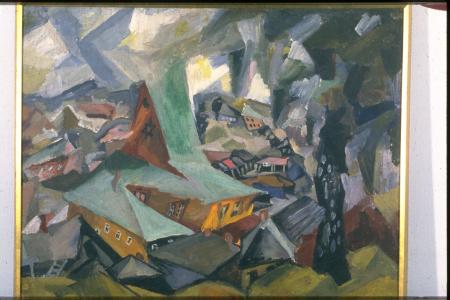