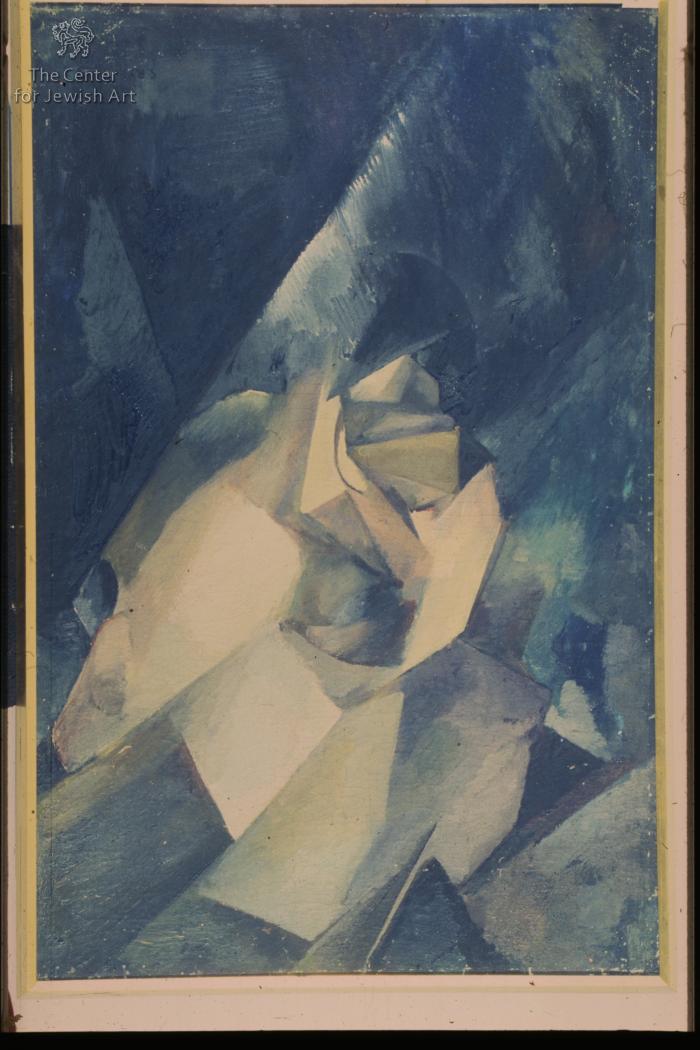 © Center for Jewish Art, Photographer: Radovan, Zev, 02.1987
The portrait of the writer Dobrushin in a three-quarter turn to the left is depicted in a Cubist-Expressionist style. He looks downwards and his head is formed of wide facets. He is bolding and the hair on his temples and in the center of his forehead appears to jut out suggesting horns. He has pointy ears, a prominent sharp nose, heavy eyes and a beard without a moustache. The forehead ends in a sharp point above the nose. All these elements create an image which is devil like in appearance. The dominant color of the composition is blue with some white-grays.
Summary and Remarks 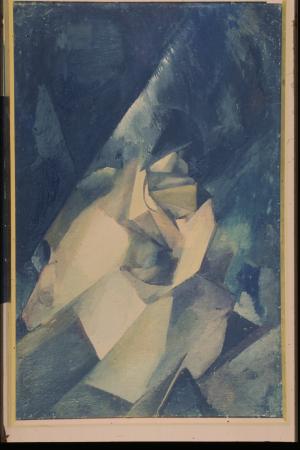