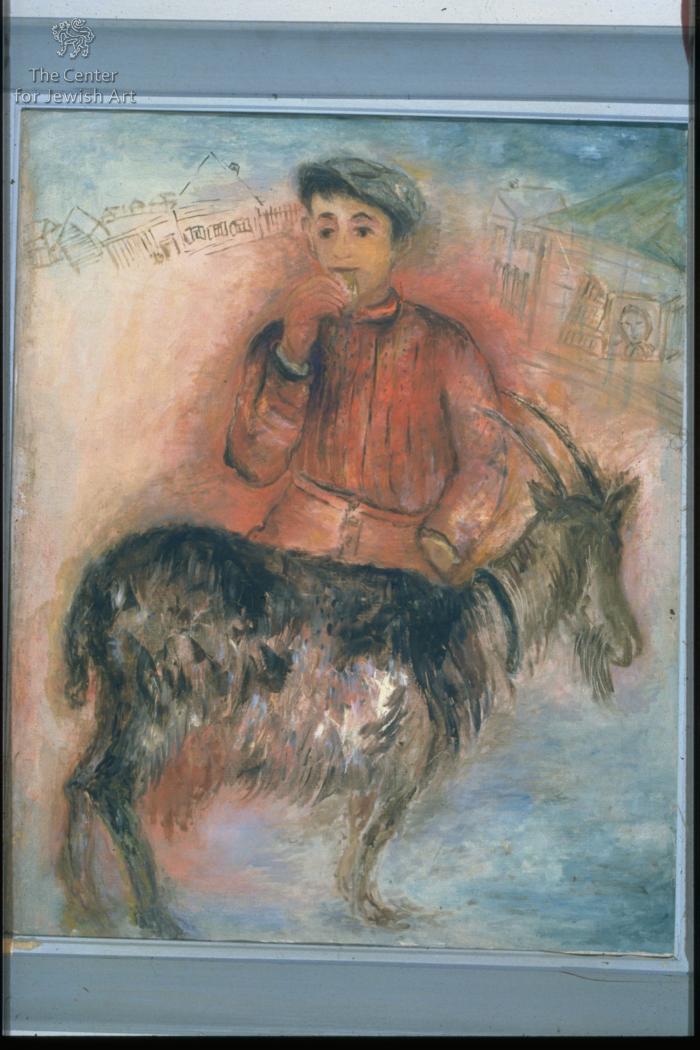 © Center for Jewish Art, Photographer: Radovan, Zev, 02.1987
A boy wearing red clothing and a blue peaked cap is depicted standing by a goat in the center of the composition. His left hand is in his pocket and he eats bread which he holds in his right hand. The dark grey goat stands in front of him, facing right. The boy is surrounded by tones of red which create the effect of a halo, which contrast with the cool light-blue tones around them. In the background, in the upper right corner of the picture is a small hut with a woman looking through an open window. Village houses can be seen in the distance on the left. The hut and the village are depicted in linear mode in contrast to the painterly foreground. 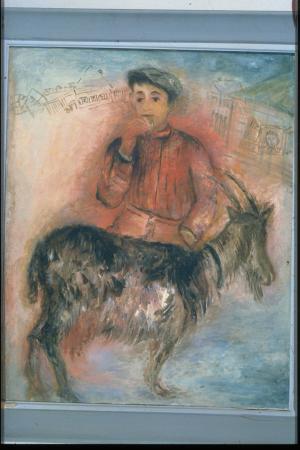