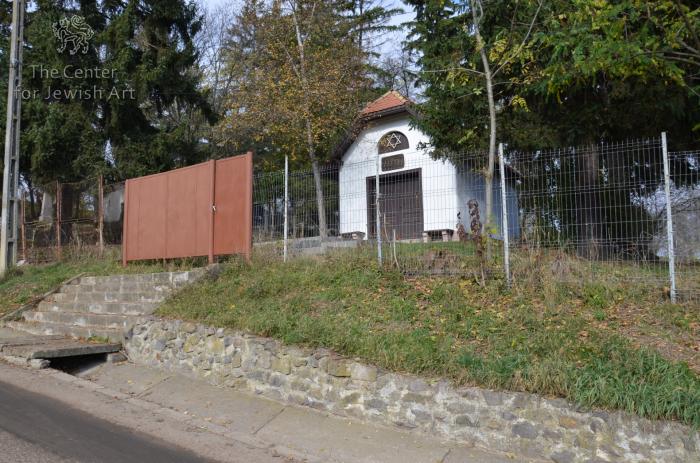 The Jewish cemetery of Sfântu Gheorghe is situated at Voican St., near the Christian cemetery. It is a small cemetery with about one hundred graves. The earliest tombstone is dated 1922, the latest – 2013. All tombstones in the cemetery testify to the high level of Hungarian acculturation of local Jews: even tombstones from the 1980s and 1990s bear epitaphs in Hungarian, rather than in Romanian language. Only one epitaph from 1929 is written in German and Hebrew and none – in Romanian.

A modest cemetery chapel stands at the entrance to the cemetery.

Behind the chapel, there is a small monument to the Jews deported to the death camps in 1942-1944 (Fig. ?). It has inscriptions in Hungarian and Hebrew.

Holocaust Memorial in the Jewish cemetery in Sfântu Gheorghe, Romania

At the far, empty end of the cemetery, a newer memorial was erected in 2014. It is dedicated to the memory of 52 children sent to death camps in 1944 and consists of a stela, inscribed in Romanian, Hungarian and Hebrew and 52 cypress tries, each bearing a name of a child.

The most outstanding structure in the cemetery is the mausoleum of the Neumann family, erected in 1924 in Hungarian Secession style.

The Center for Jewish Art photographed all tombstones in the cemetery. 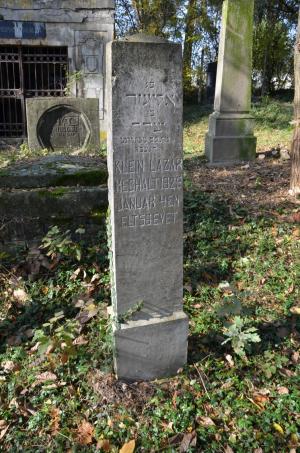 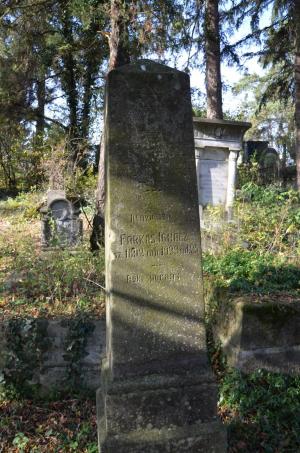 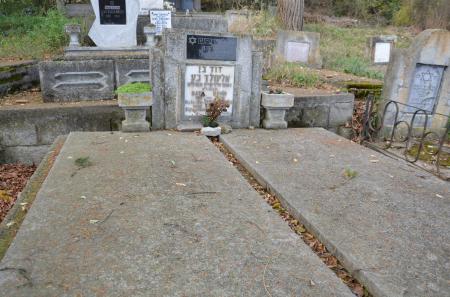 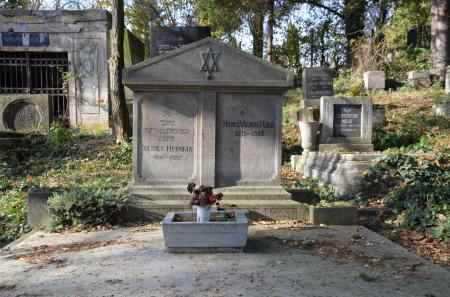 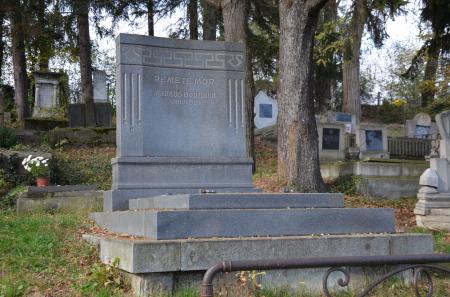 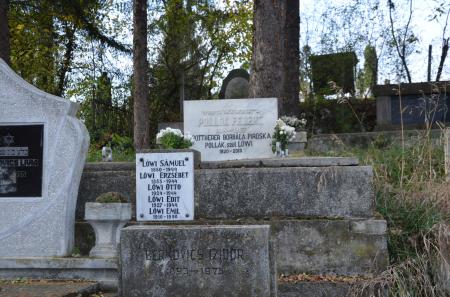 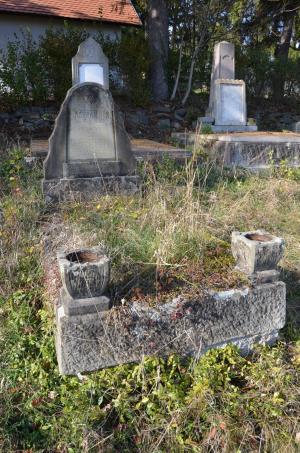 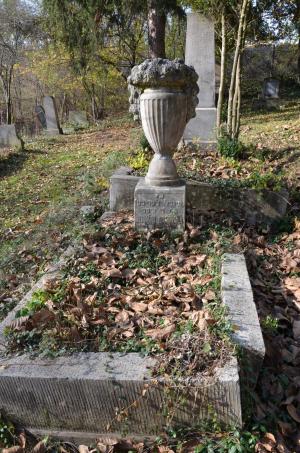