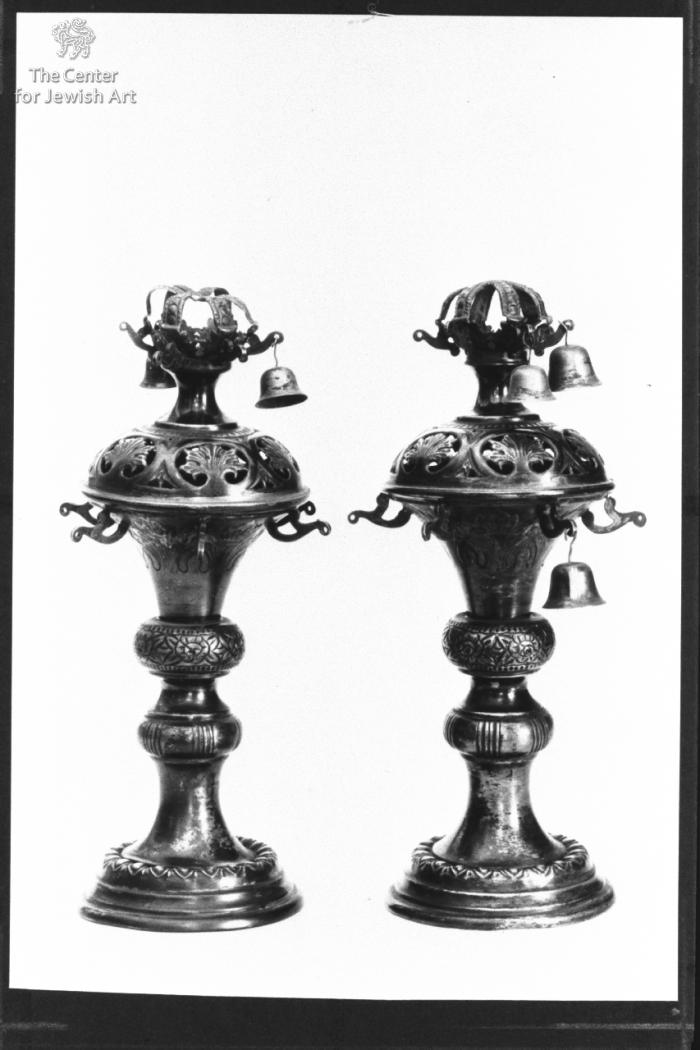 The silver Rimon consists of a shaft, a body, a head and an apex.

A. The shaft is undulating and it stems from a raised round base. The base and the shaft's knobs are decorated with a foliate pattern.

B. The body consists of a concave, upwards broadening body base and a domical cap.The base is dcpicted by foliate pattern, while the cap has an open-work design composed of medallions encircling a palmette. There are six bell-arms applied to the cap's rim.

C. The head consists of a concave neck and a six-armed crown. Six bell-arms are applied to the crown. 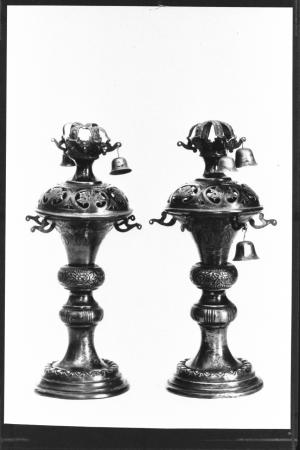 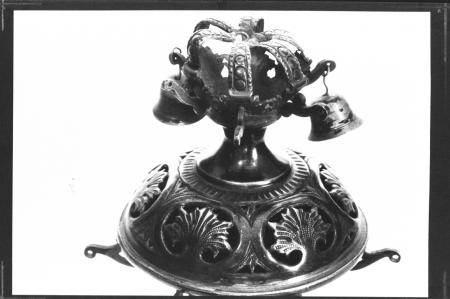 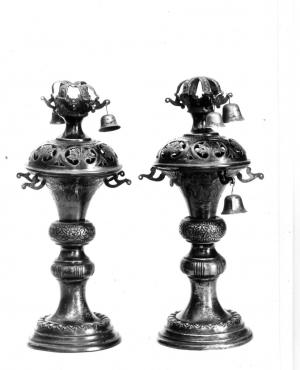 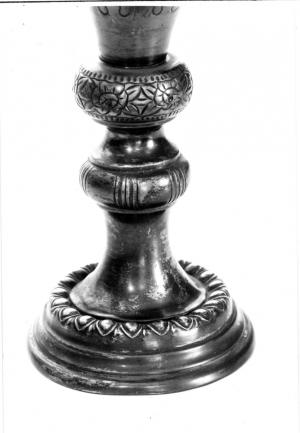 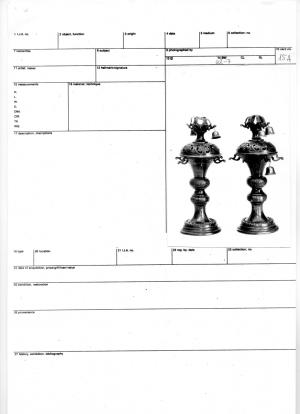 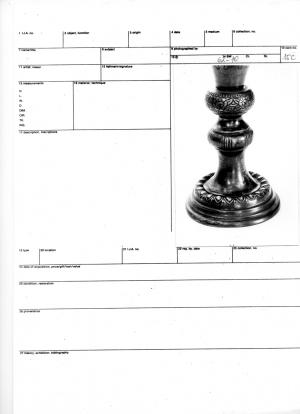 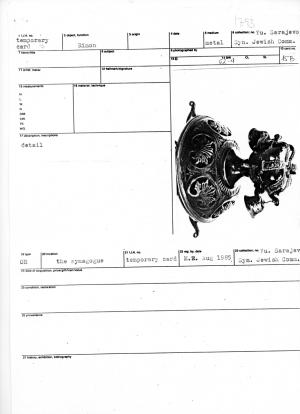 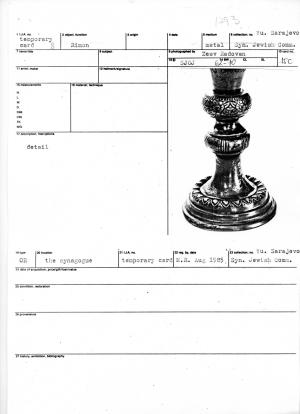 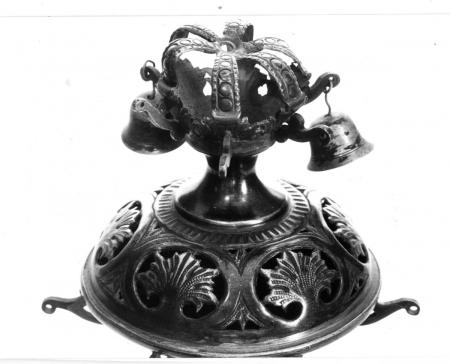