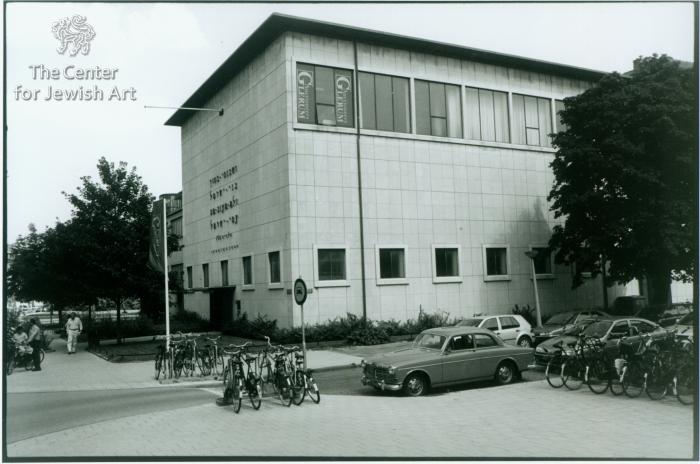 In 1934, Jewish architects participated in a competition for the design of this synagogue. The design created by the architect A. Elzas was chosen as the final design for this building. The rectangular shaped functionalist building was made out of concrete and the facades were decorated with dressed stone. The main entrance includes the Hebrew inscription of I Kings 6:13. The ground floor of this building contains square-shaped windows while the upper floor has horizontal window panes. The gallery’s on the inside of the synagogue, running along three sides of the assembly hall, are supported by inconspicuous columns. The Torah ark is positioned in a marble niche. The jury of the design competition demanded that the bimah would not be placed near the ark but rather in the center of the hall. The synagogue was consecrated for religious services in the year 1937. An adjacent building segment contained a youth shul (ground floor), meeting rooms (first floor) and a private residence (second floor).

After the Second World War, the Jewish services resumed. The youth shul was redeveloped into a proper synagogue in the year 1985 by the architect E. Spier after which the main synagogue was closed down and repurposed as an auction house. 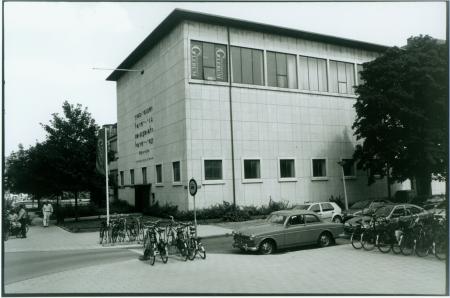 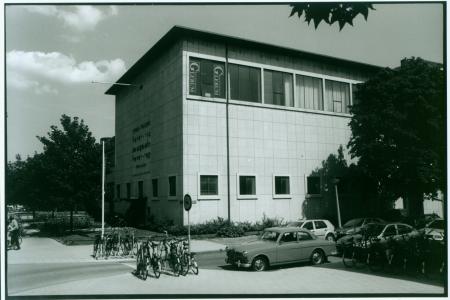 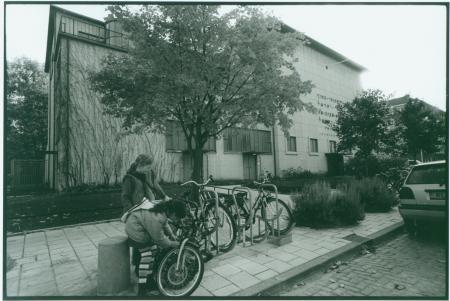 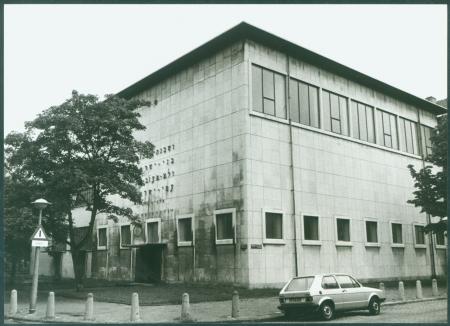 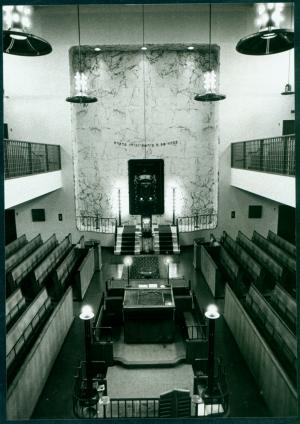 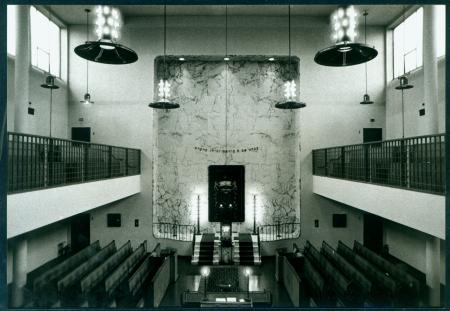