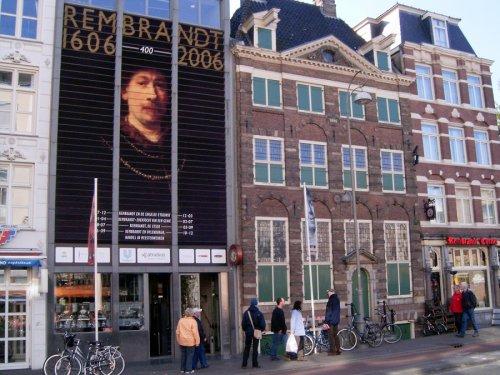 The former private residence (1639-1660) owned by Rembrandt van Rijn was bought by Jochem Izak Aron Spitz in 1862. The building was already divided into two building segments, each with its own entrance. The complex was used by the family of Spitz as both their private residence, merchant store, and synagogue. The latter was located in the left section of the upper floor. The synagogue was used until the year 1906 after which it was sold to the muncipilatiy of Amsterdam.

The building was redeveloped as a museum known as Het Rembrandthuis (Rembrandt’s House) and functions as such up until this day.