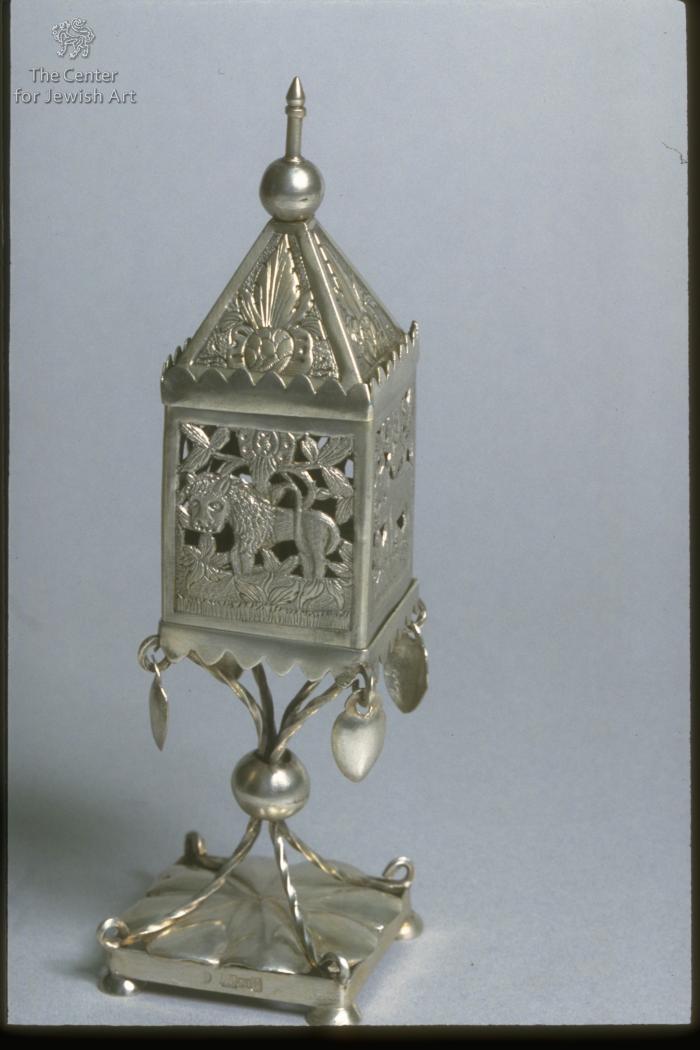 The tower shaped spice container consists of a receptacle, and a stand.

The square architectural part is composed of a one storey building which contains the receptacle, a roof, and a mast. The square receptacle is situated within the storey, on which each bears an animal surrounded by a foliate motif in openwork. The animals from right to left, are: an elephant, a swan, a bull and a lion. All the animals are depicted in profile with their body turned leftward, but the bull and the lion face to the front. The swan swims in a wavy river while the others stand on a lawn with flowers. The upper and lower rim of the receptacle are serrated and a ring from which hangs a leaf shaped medallion, is attached to each of the lower corners. The four faceted roof is decorated with a pattern of flowers surmounted by leaves. It is topped by a mast mounted on a globe.

The receptacle is supported by a stand composed of a base and four wires. Four hemiglobular legs support a square flat base. Four twisted wires emerge from each the base's corners and support the receptacle. The wires are joined together by a globe in the center. 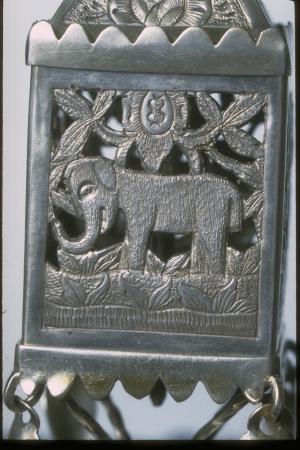 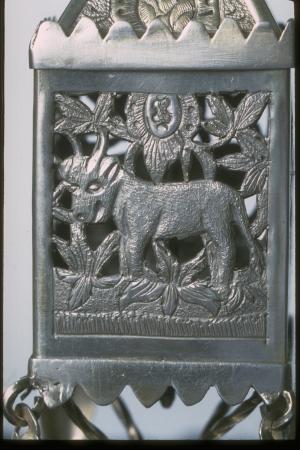 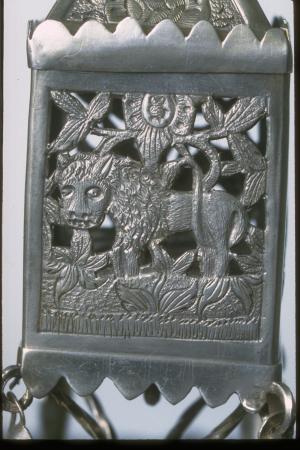 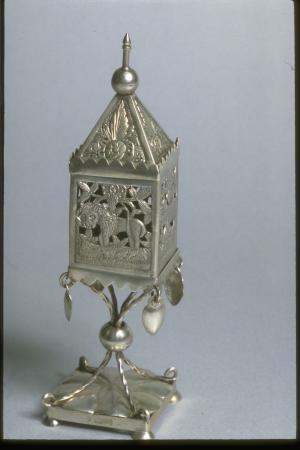 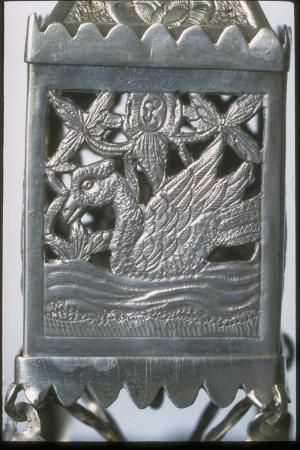 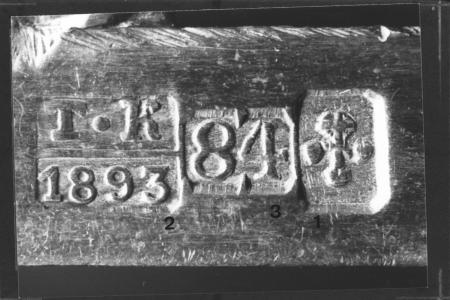