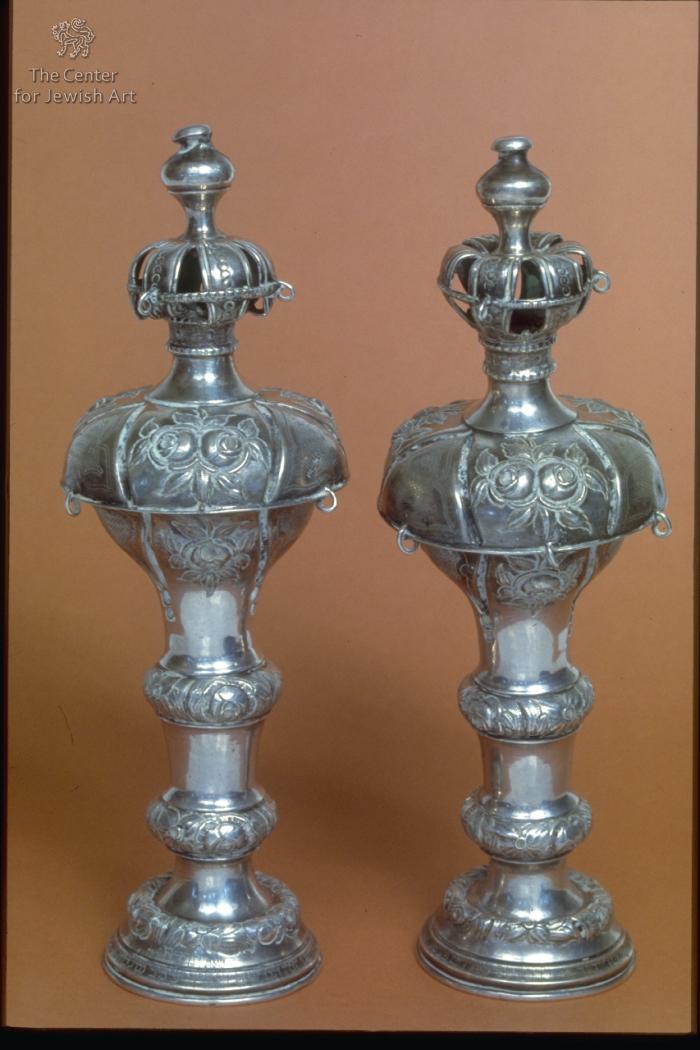 © Center for Jewish Art, Photographer: Radovan, Zev, 1988
The silver rimon consists of a shaft, a body, a head and an apex.## The shaft is cylindrical and it stems from a raised and round base. The base and the shaft's knobs are decorated with a foliate pattern. On the shaft of both rimon is the same dedicatory inscription. The body consists of a concave, upwards broadening body base and a domical upper part.The base is dcpicted by foliate pattern, while the upper part has an open-work design composed of double roses. There are bell-arms applied to the body's rim. The head consists of a concave neck and a six-armed crown. Bell-arms are applied to the crown.## The apex is undulating. The dedicatory inscription is engraved in filled, linear letters, and reads: דק'ק ספרצים פעסט Pest isr. C. Gemeinde No 15a. In the second rimon the number is 15b. " Of the holy congregation (int.) ? Pest. Pest israelian(int.) cultus(int.) community no.15b."
Summary and Remarks 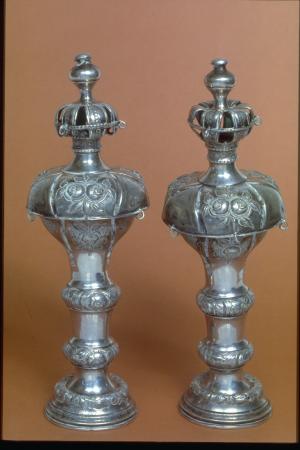 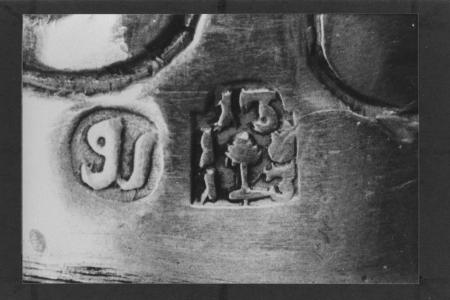 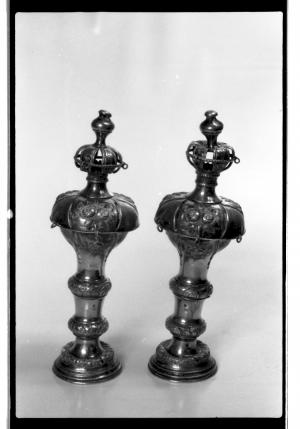 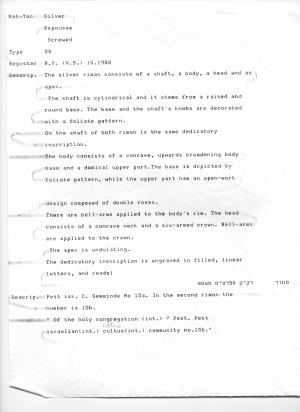 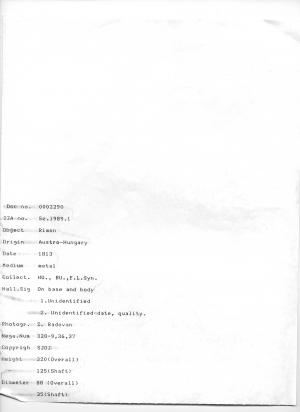 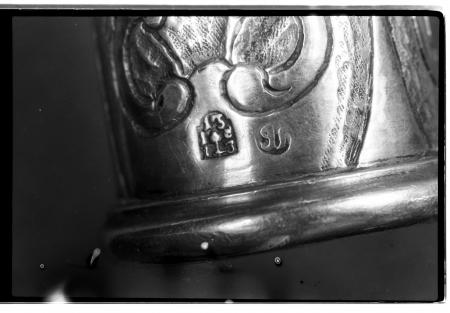 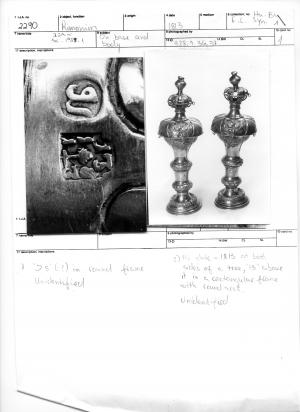